Very traditional and old-fashioned recipe for Danish Rice Dessert also known as Risalamande. This dessert is always served after the Christmas dinner on the 24th of december and typically contains a whole almond which is a funny Christmas-lottery. The one who finds the almond wins a small price.
Jump to Recipe Print Recipe 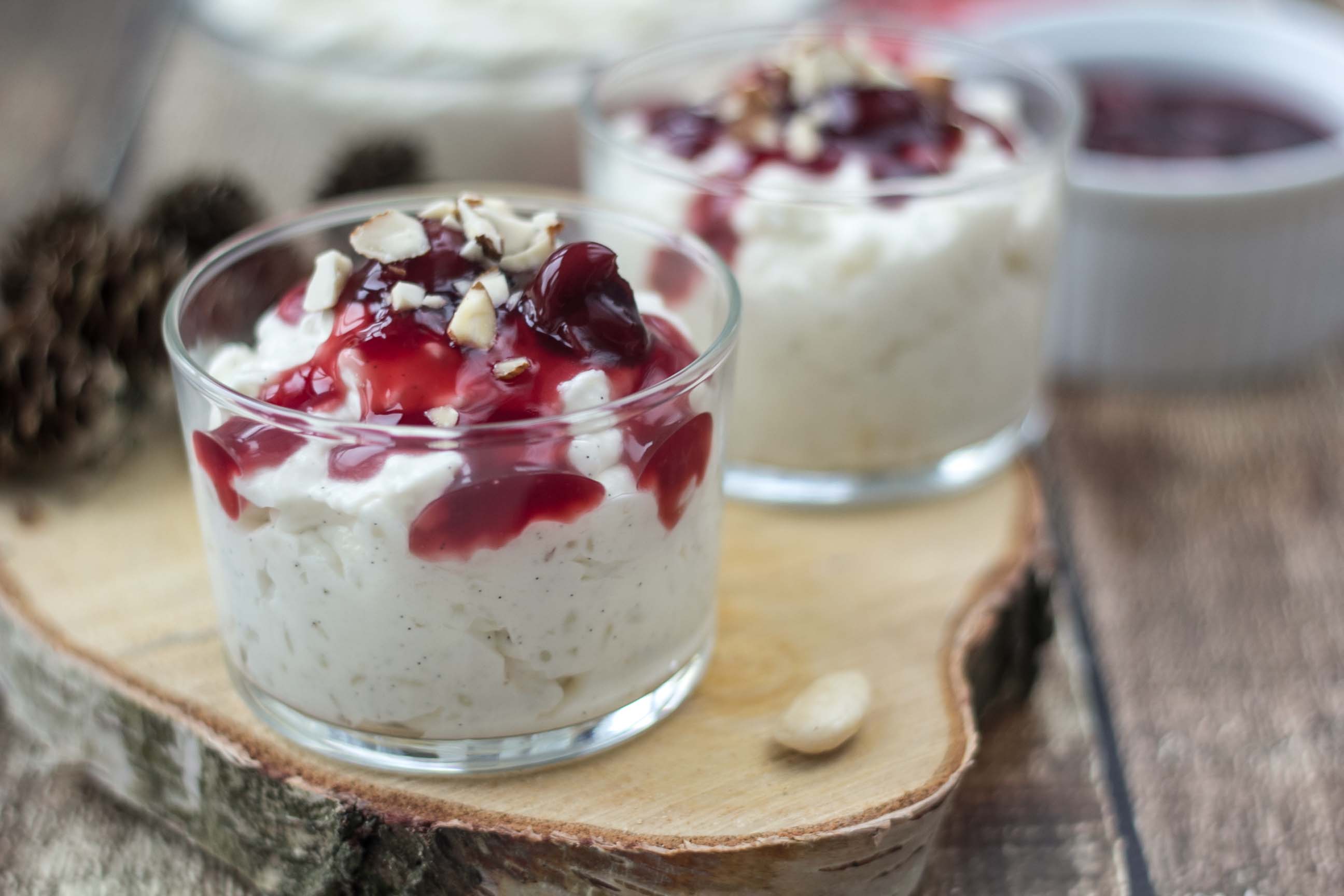 This recipe for Risalamande is properly the most famous and traditional Danish Christmas dessert that you can make. Risalamande is a rice pudding with vanilla, almonds and whipped cream, and it's typically served together with warm cherry sauce. The word Risalamande comes from the French word Riz à l'amande, which directly translated means rice with almonds. There are many different ways of spelling the word, Ris a la mande, Ris à l'amande and Ris ala mande just to name some, however, we have been told that the most correct way should be Risalamande so that's the way we spell it.

Risalamande is more or less only served as a Christmas dessert right after the dinner on Christmas eve. In Denmark, and most of the Nordic and European countries, we celebrate Christmas at Christmas eve and not at Christmas day like in the US. The typical way of spending Christmas eve is getting together with family, have a nice Christmas dinner and exchange presents. The typical Danish Christmas Eve dinner consist of roasted pork or duck served with boiled and glazed potatoes, braised red cabbage and brown sauce, and for dessert Risalamande. 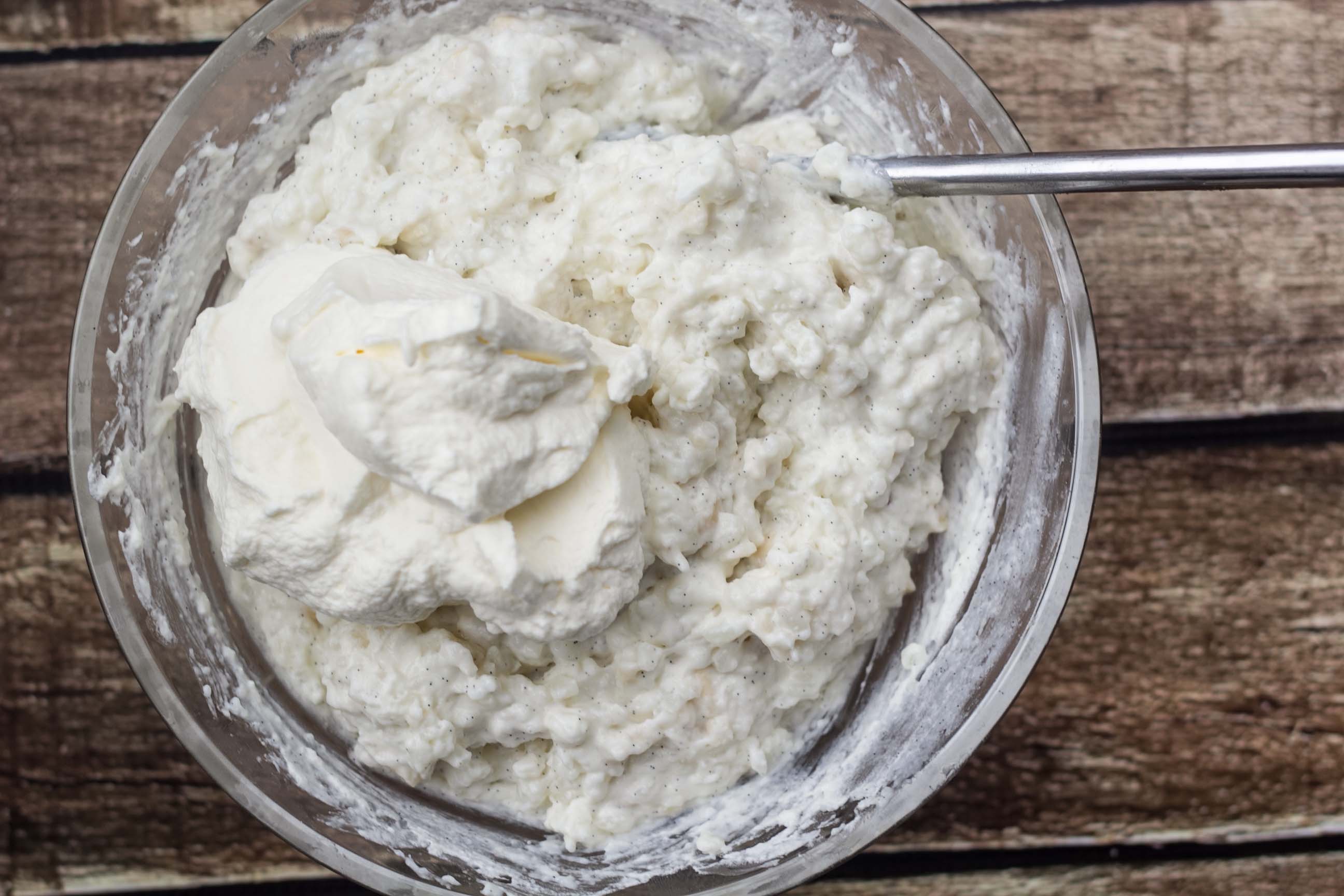 See also: What is the rice pudding leftover used for?

The prize is typically a smaller present worth about 15-20$. Because the whole almond is hidden in the dessert this will often result in a lot of very full stomachs. If the almond is in the bottom of the bowl people normally keep eating until they have found the almond and won this prize - but that's just a funny part of the game. 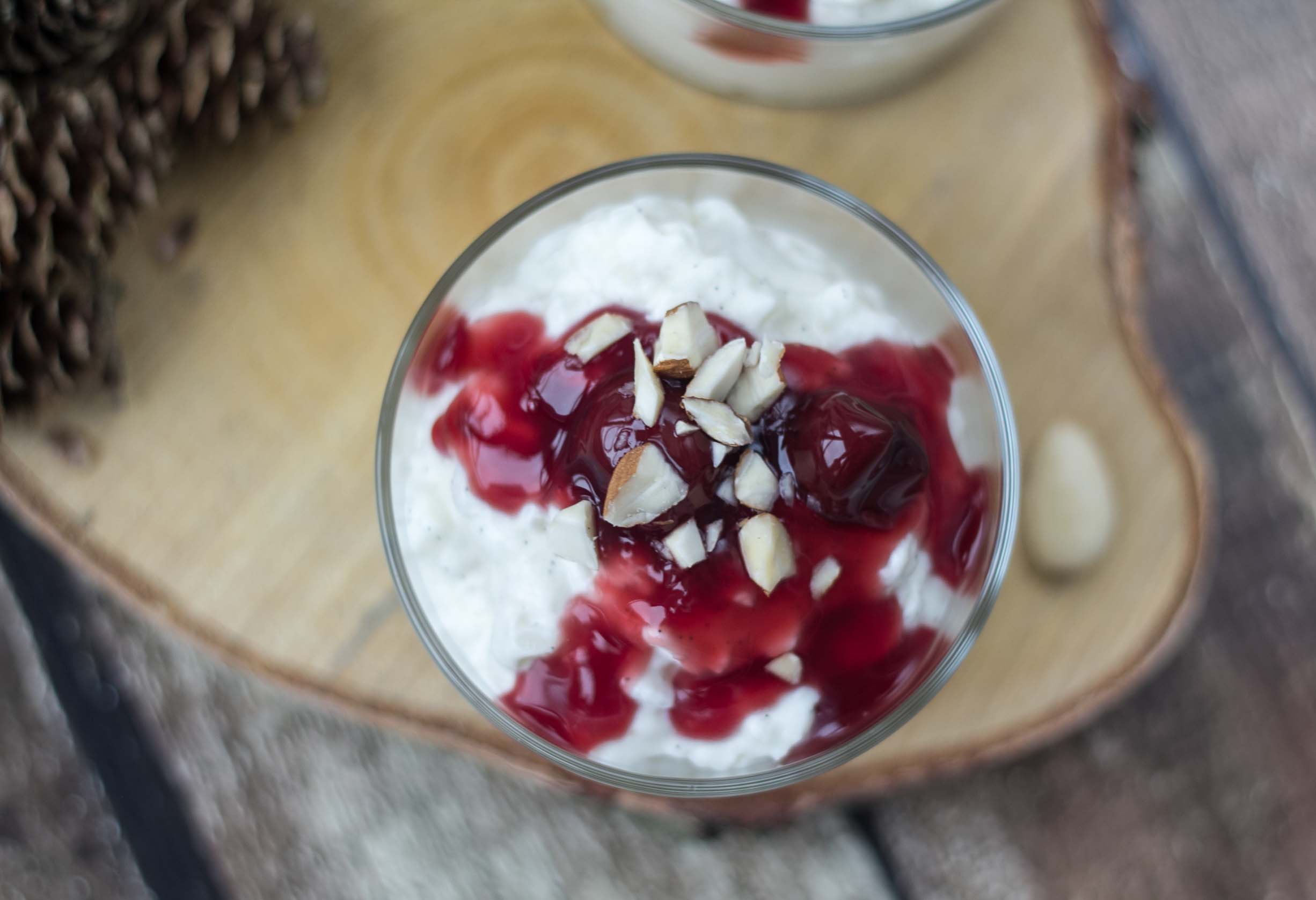 How to make the original Risalamande from Denmark

This is a smart way to save some time in the kitchen on the busy Christmas eve because you don't have to spend an hour boiling and preparing the rice pudding. This is properly the most traditional Danish Christmas dessert you can have. Enjoy! 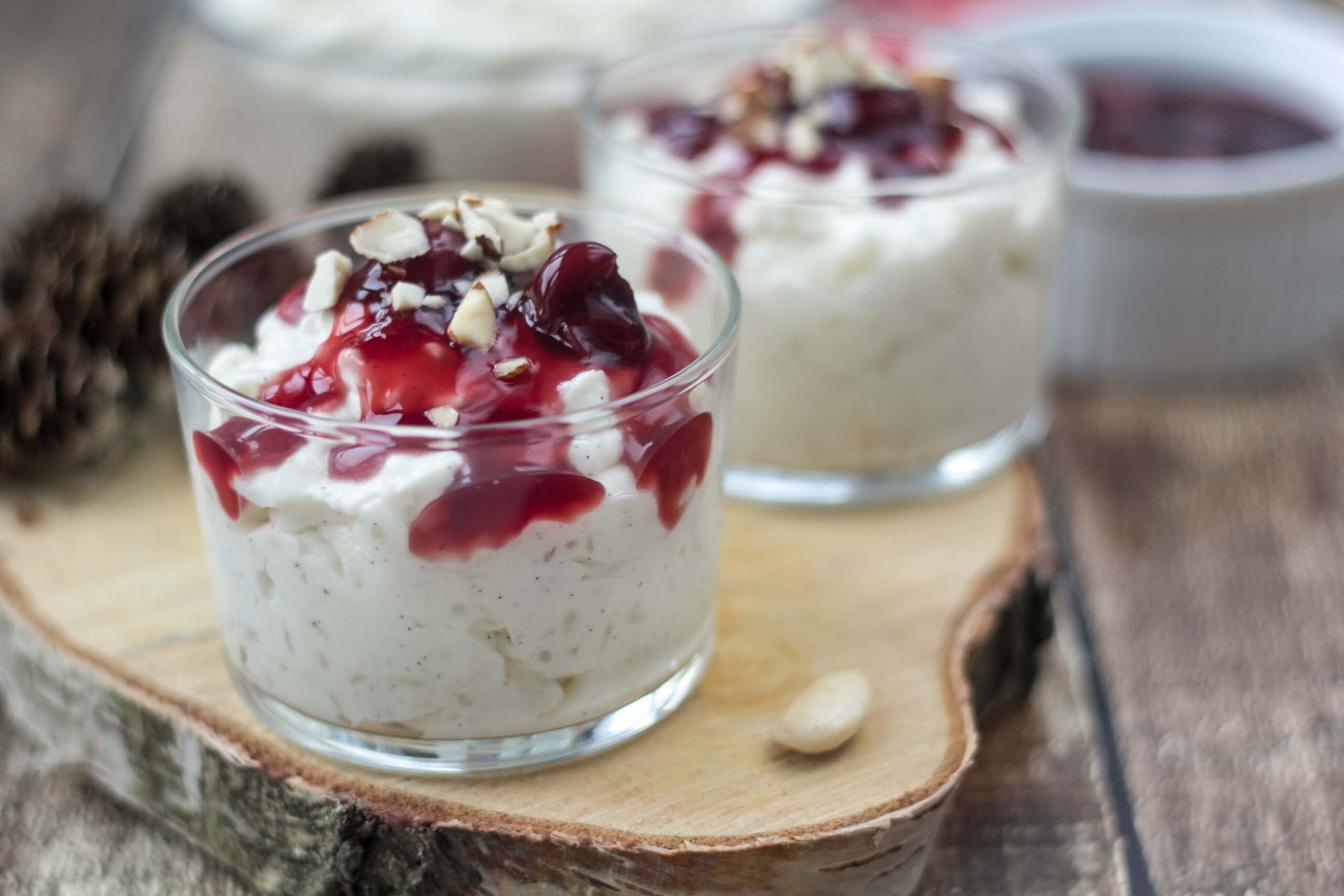 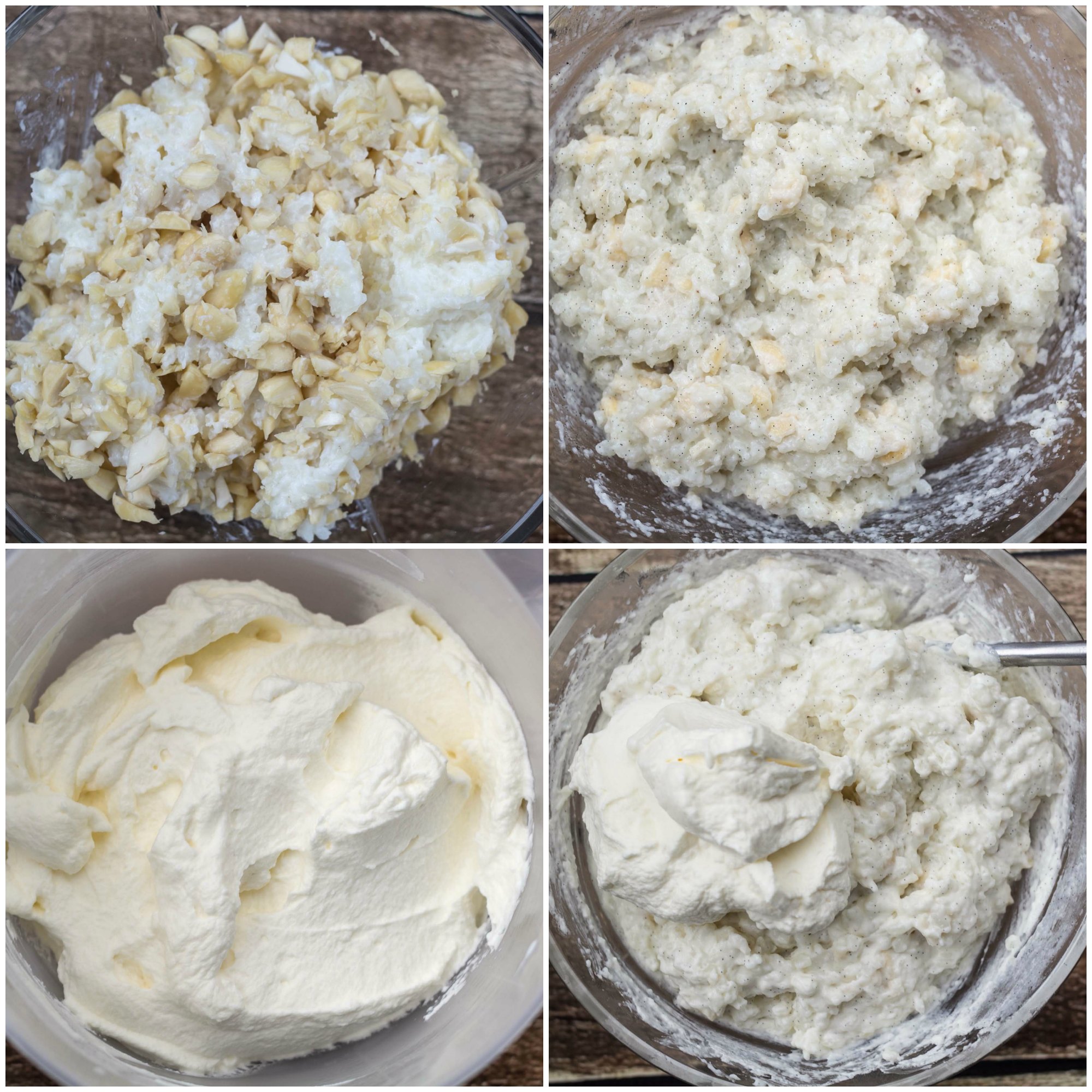 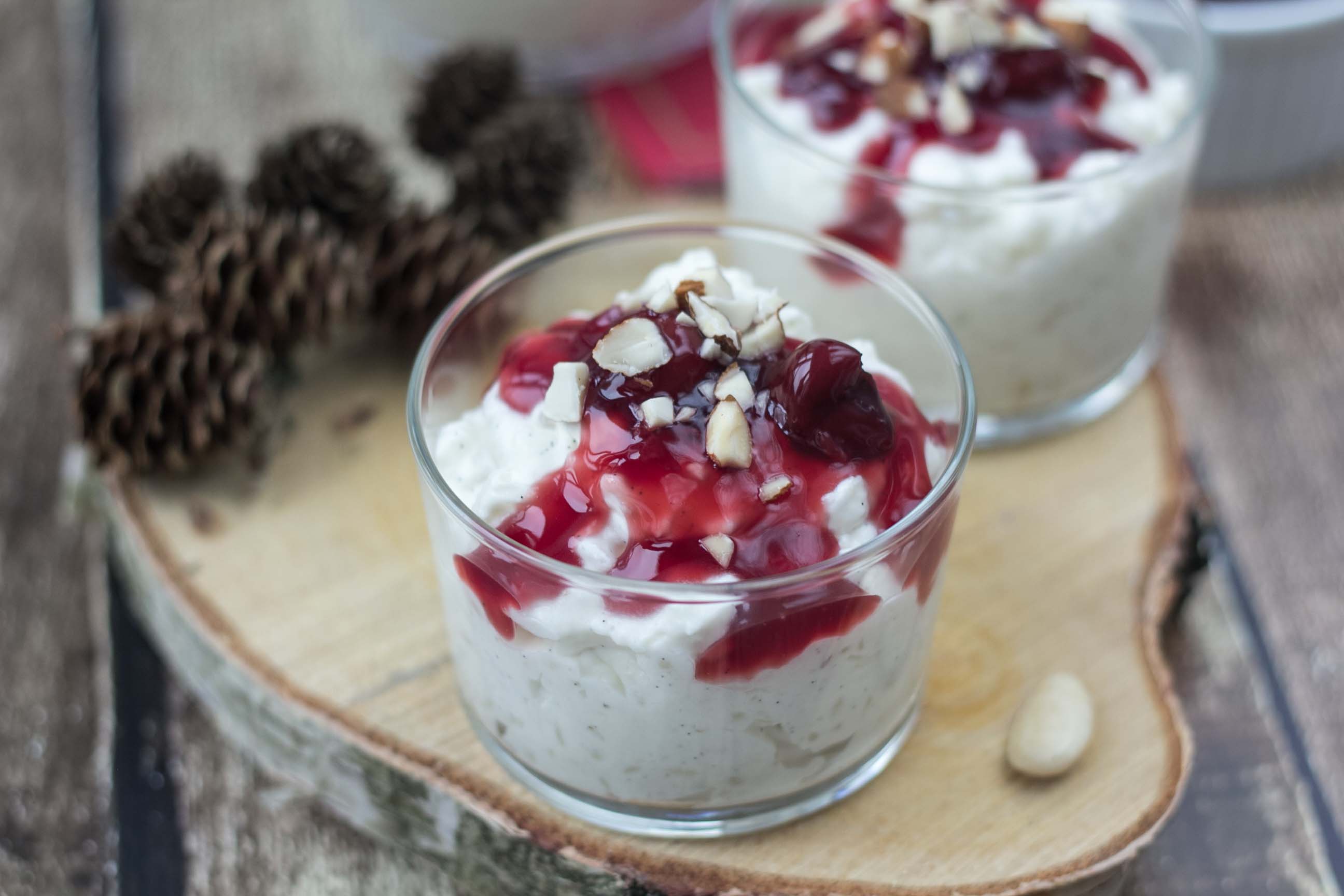 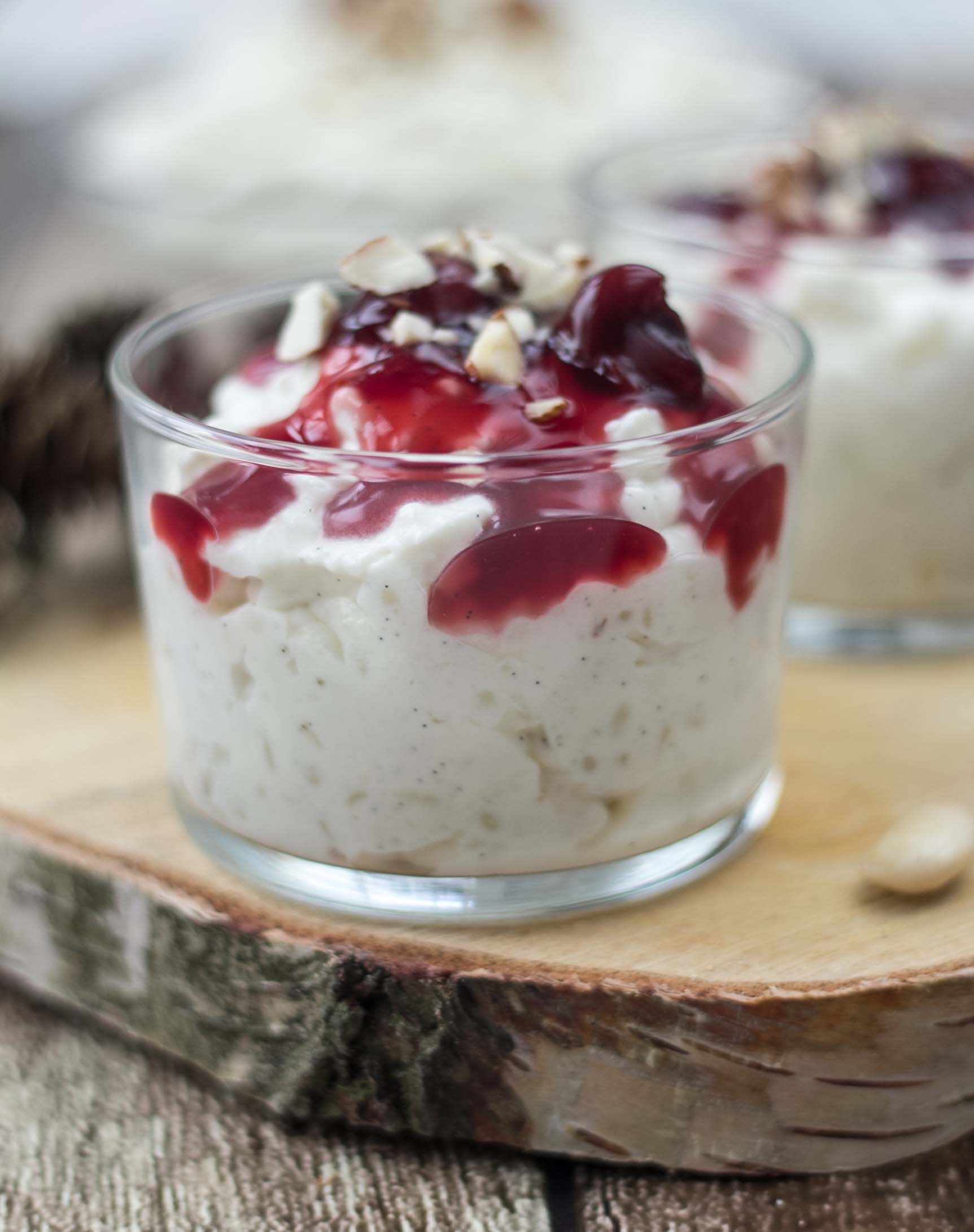 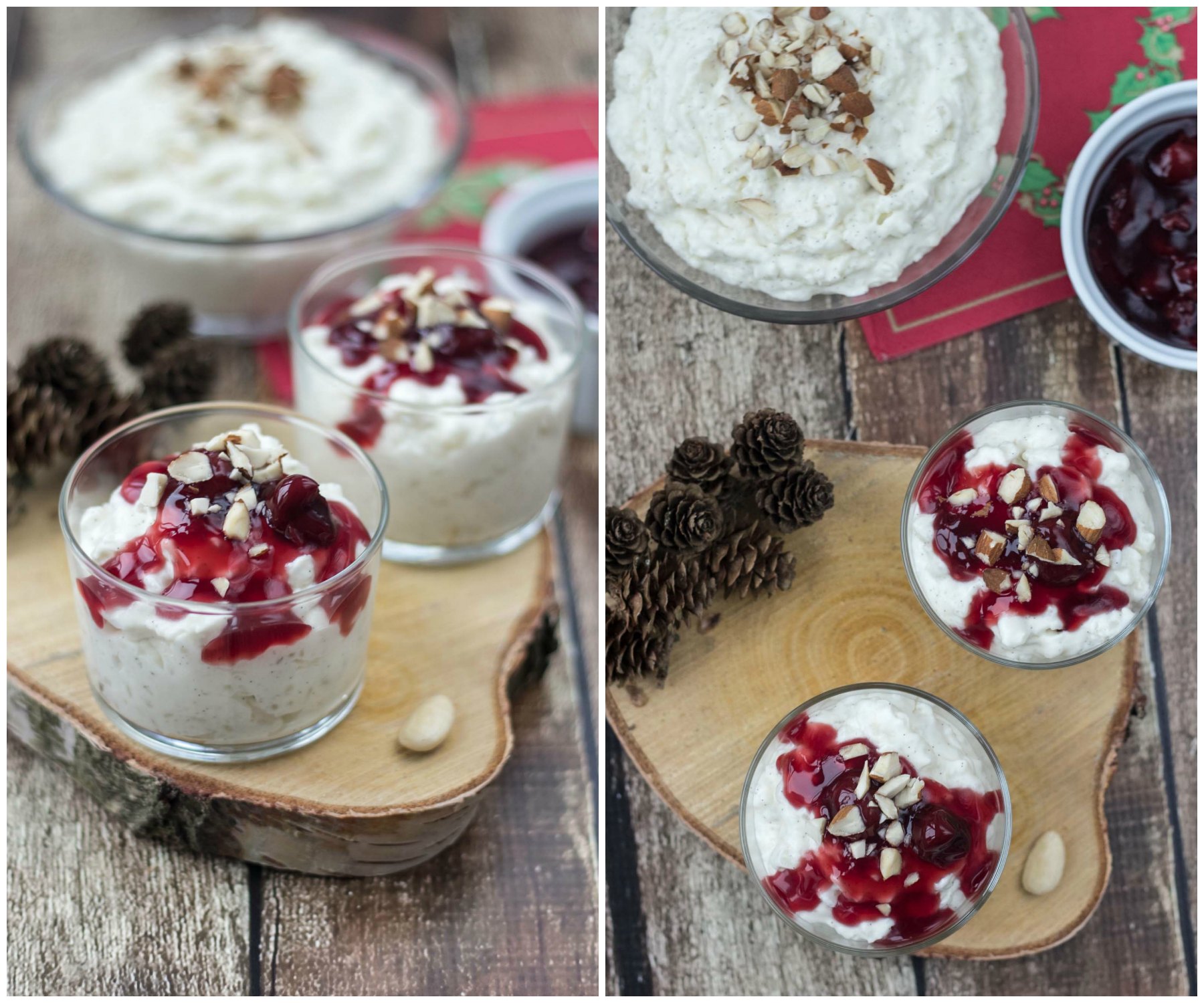