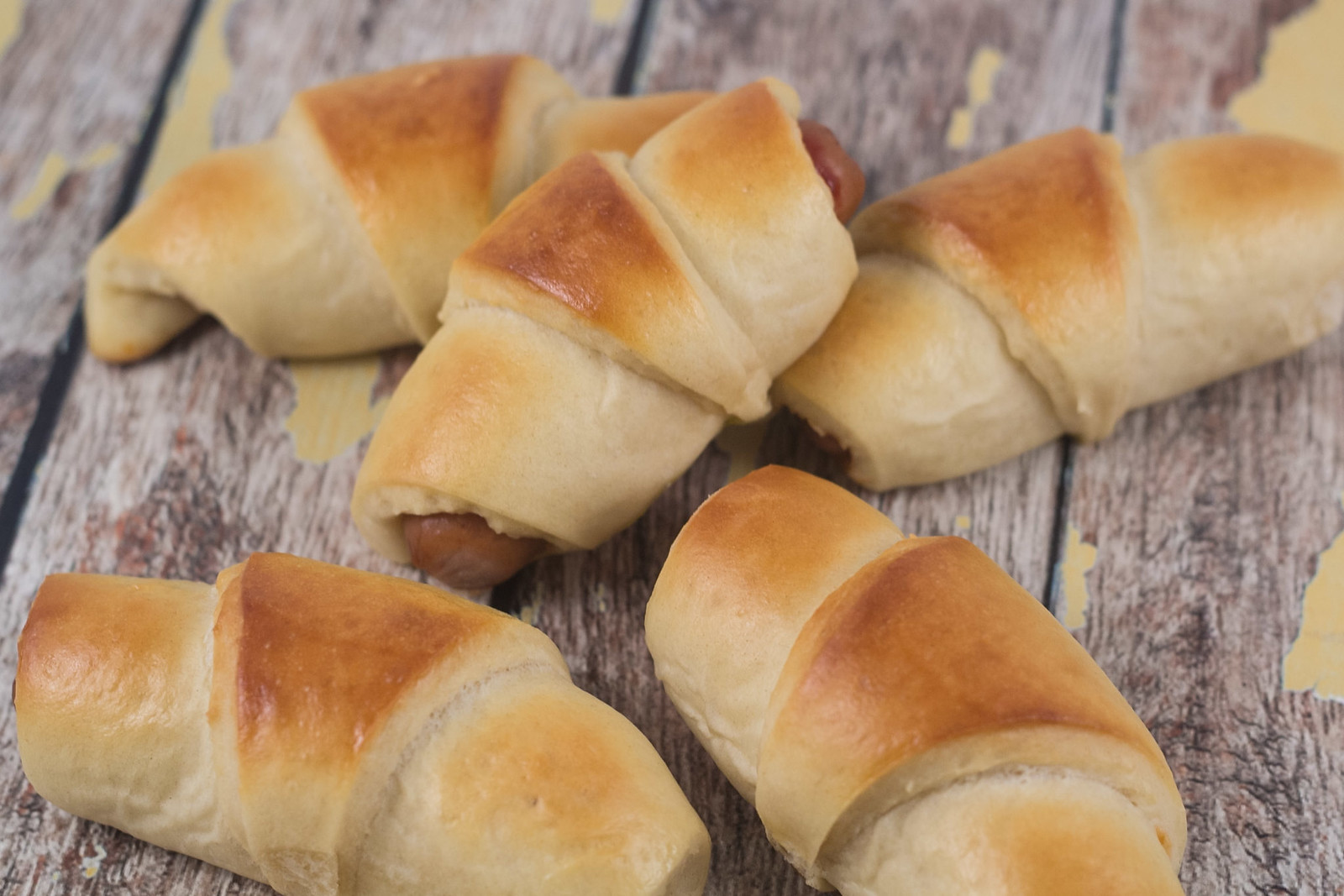 Today, I would like to share another great and traditional Danish recipe. This recipe would in English be called Danish Sausage Rolls where the Danish name is Pølsehorn. I'm actually not sure if this recipe is originally from Denmark. However, it has been a really popular Danish snack for many years and it still is.

Pølsehorn
The idea behind this recipe is simple: it is small sausages which are rolled into a bread dough. In Denmark, kids typically eat them and they are very often served to birthday parties. The great thing about these Pølsehorn is that they are easy to eat - you do not get messy fingers because the sausage is covered by the bread. I believe, that is one of the things parents are looking for when serving these for a kids birthday party. And the fact that kids normally love them just makes them an even better choice for a great party.

Instructions
It's actually pretty simple to make these Pølsehorn. The first step is to make a good bread dough, which is then flatten into a thin and circular piece - the shape should be similar to a pizza but slightly thinker. Then the dough is divided into a number of slices depending on how large you want your Pølsehorn. Then place the sausage in the wide end and roll towards the center. Place them on an oven sheet and bake. Serve them directly from the oven or keep in an airtight container. Use ketchup as dipping.

Instructions:
1. In a large bowl; mix the lukewarm water, yeast, salt, sugar and yoghurt.
2. Add the rest of the ingredients and mix/knead everything into a nice dough. If you are using a kitchen machine let it run for about 10 minutes.
3. Cover the bowl with a kitchen towel; set aside and let it rise for about 1 hour.
4. After the rising period, divide the dough into four equal sized pieces.
5. Using a rolling pin to flatten the dough into a pizza-shaped circle. Use a knife to divide the circle into 8 slices (like 8 pizza slices).
6. place small sausages at the large end of the slices. Then add a little ketchup on top of each sausage.
7. Roll each of the sausage into the dough, starting from the large end going towards the tip/center.
8. Place the sausage rolls on a baking sheet lined with parchment paper.
9. Brush the sausage rolls with a beaten egg. Set them aside and let them rise for about 30 minutes.
10. Bake them in a 200 C (400 F) pre-heaten oven for about 12-15 minutes. 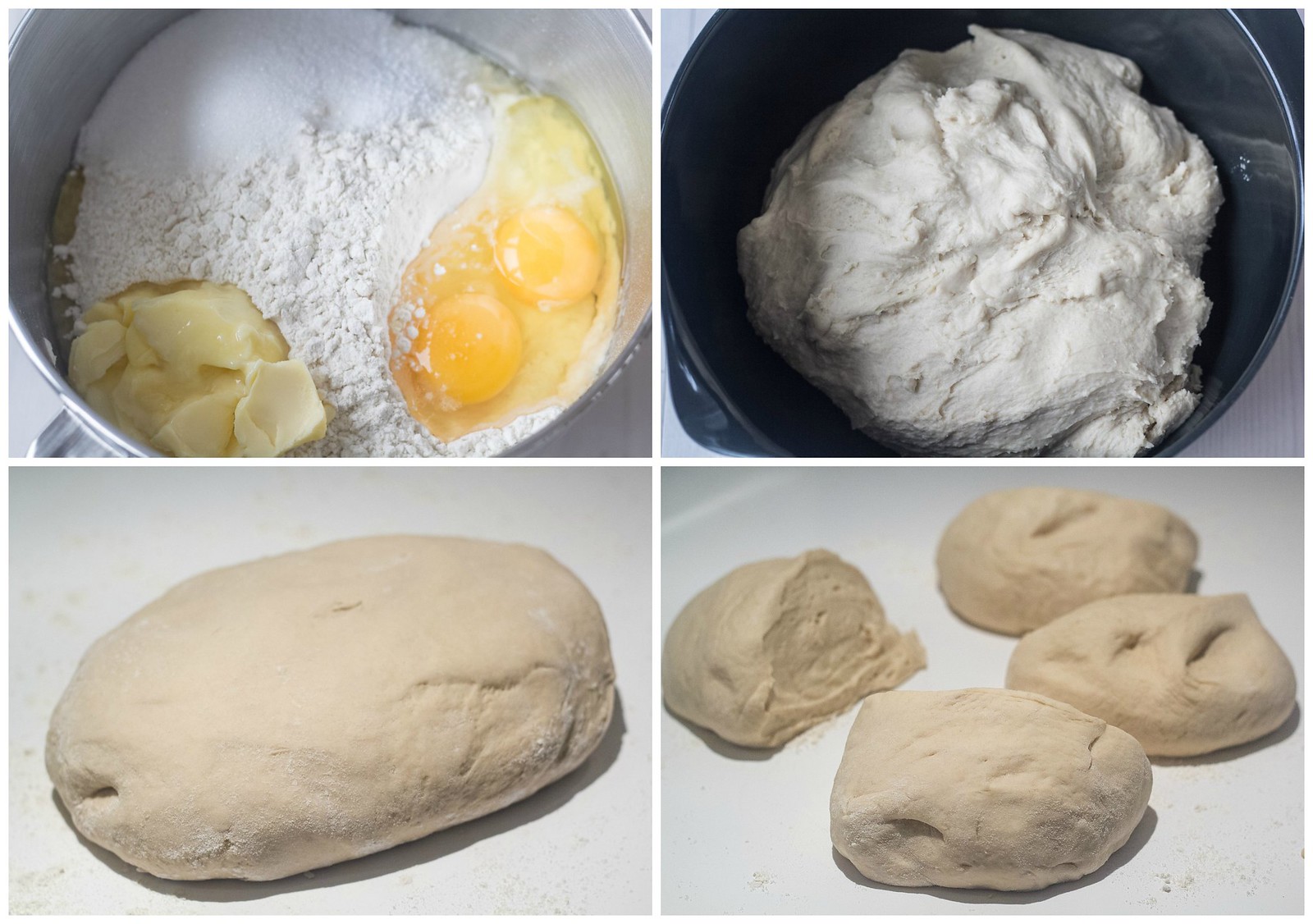 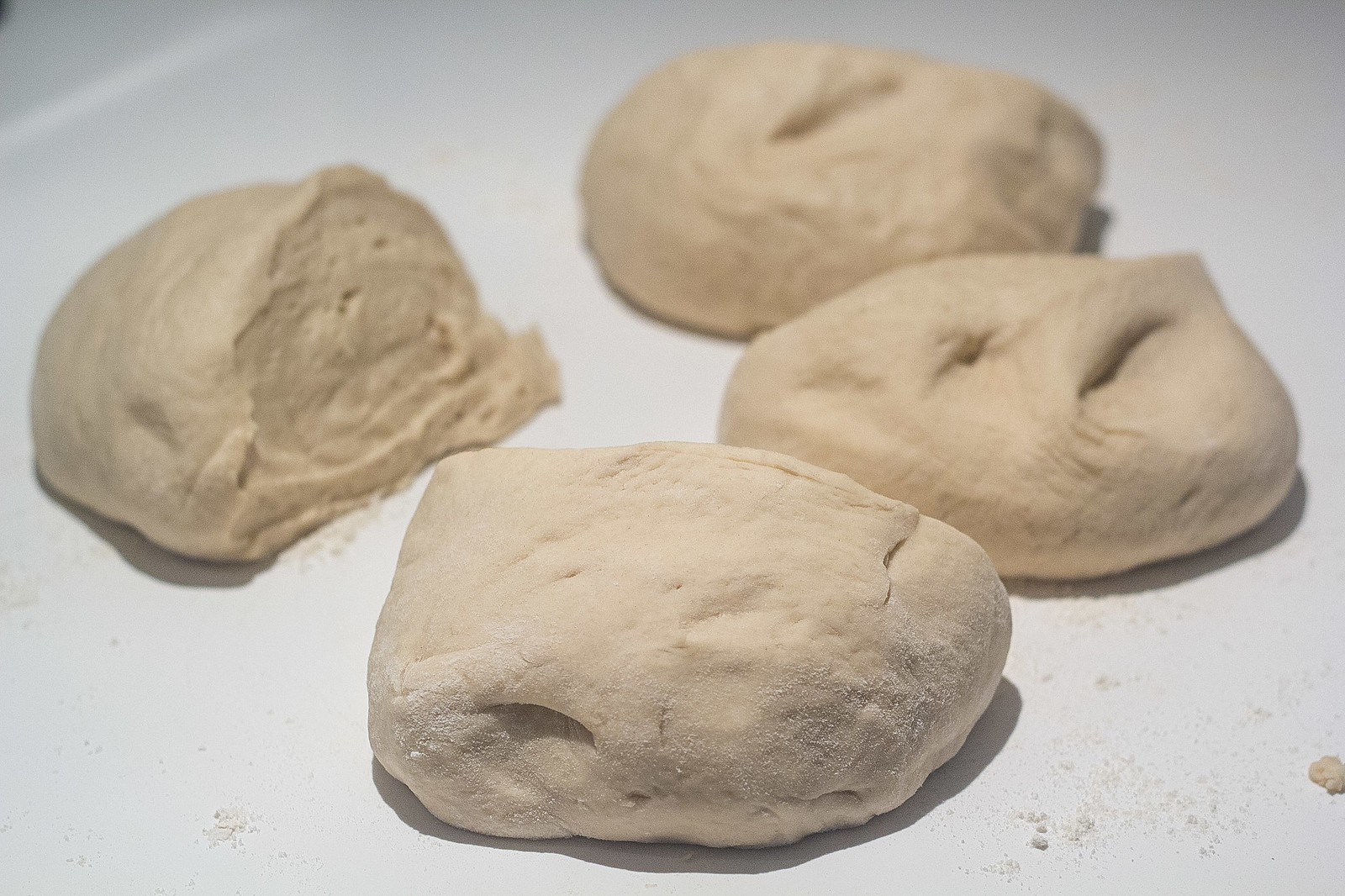 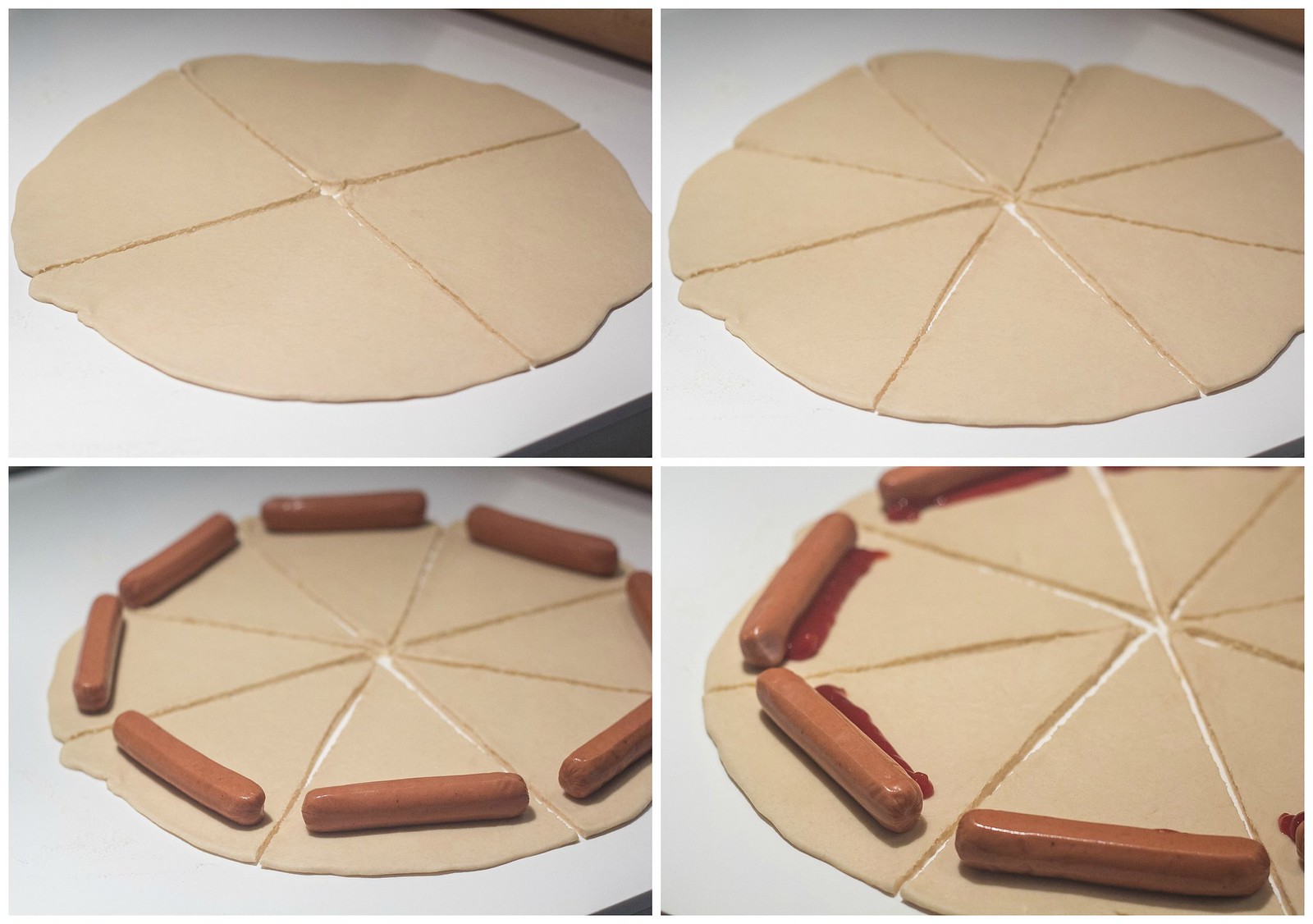 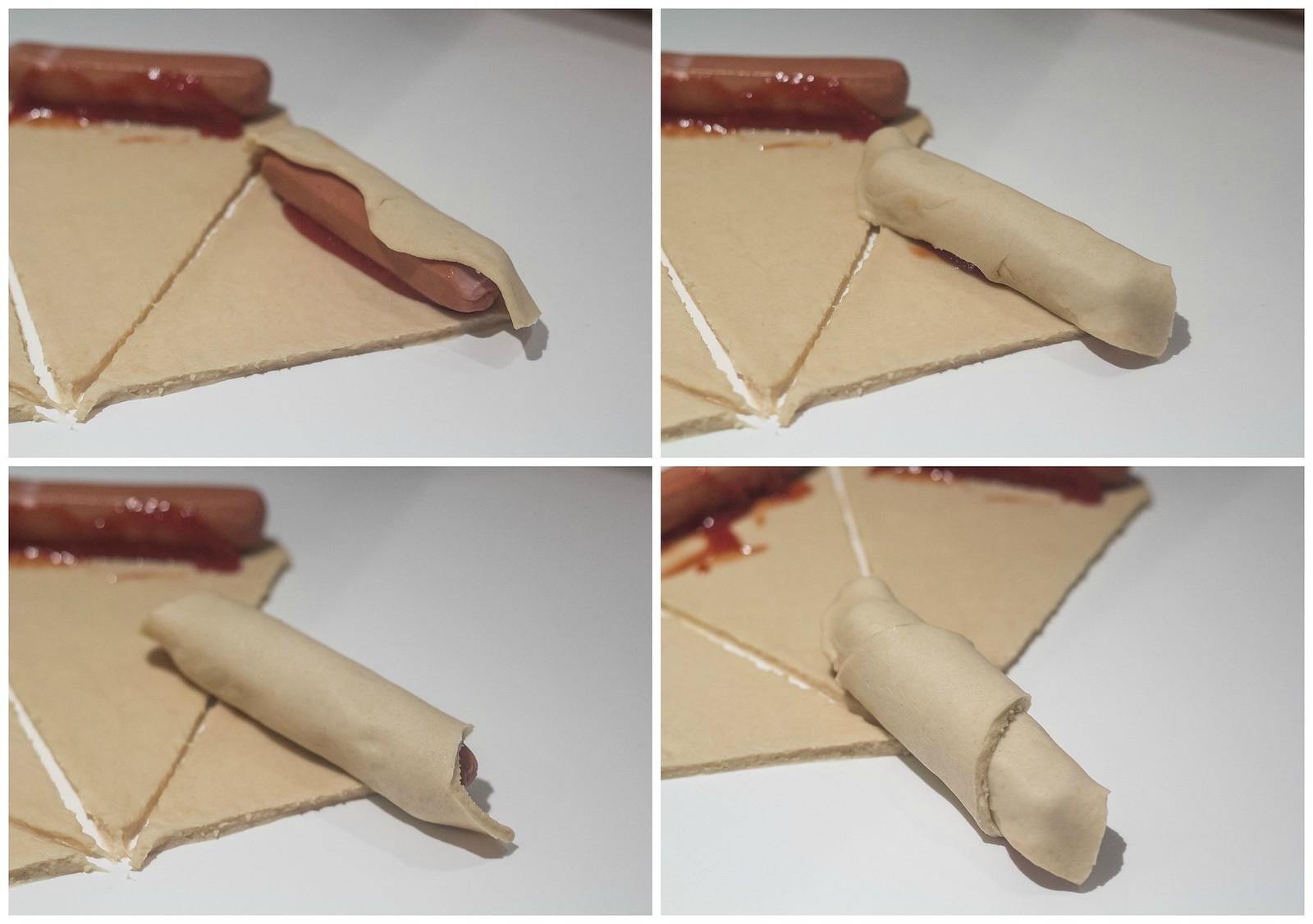 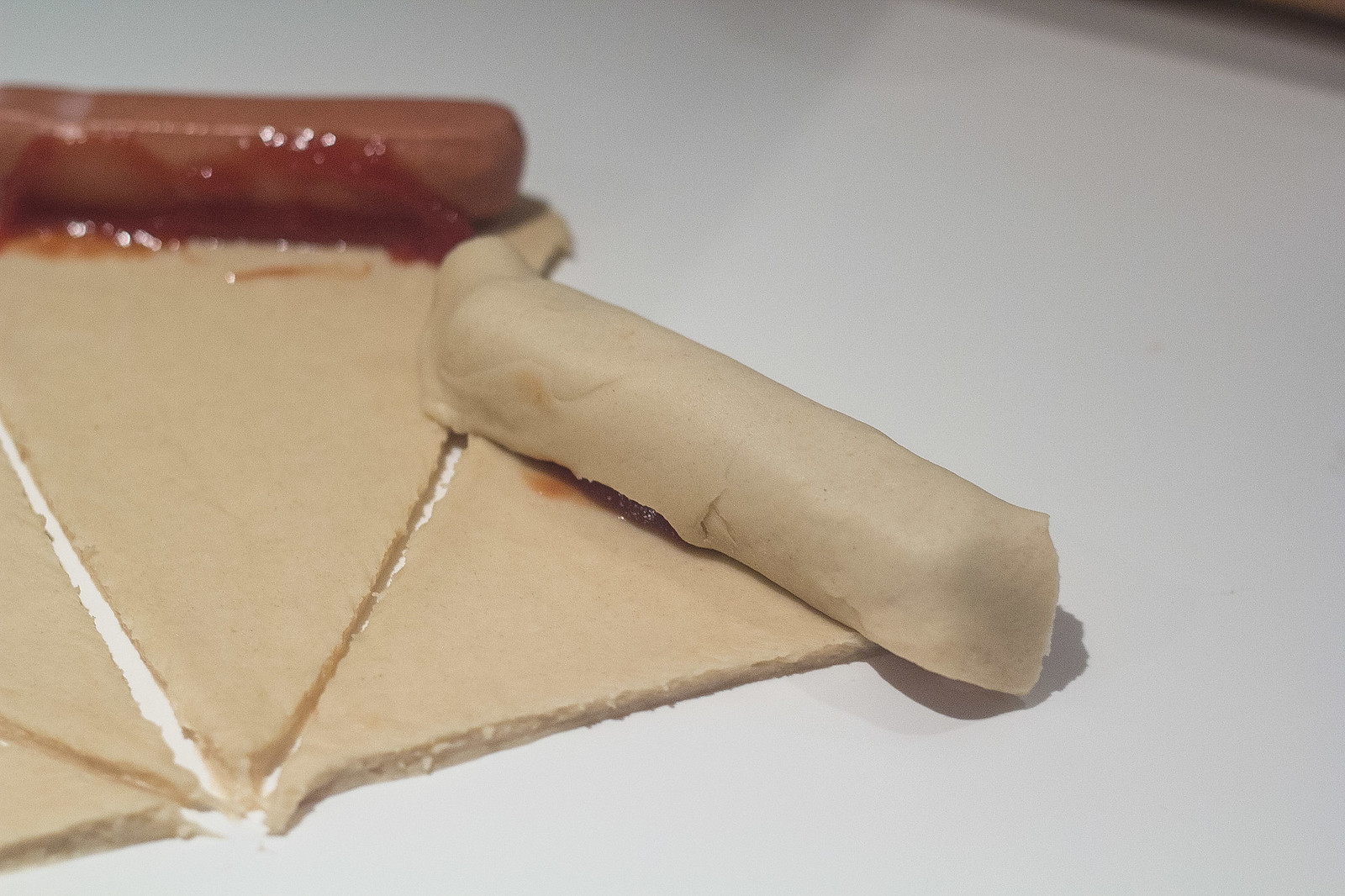 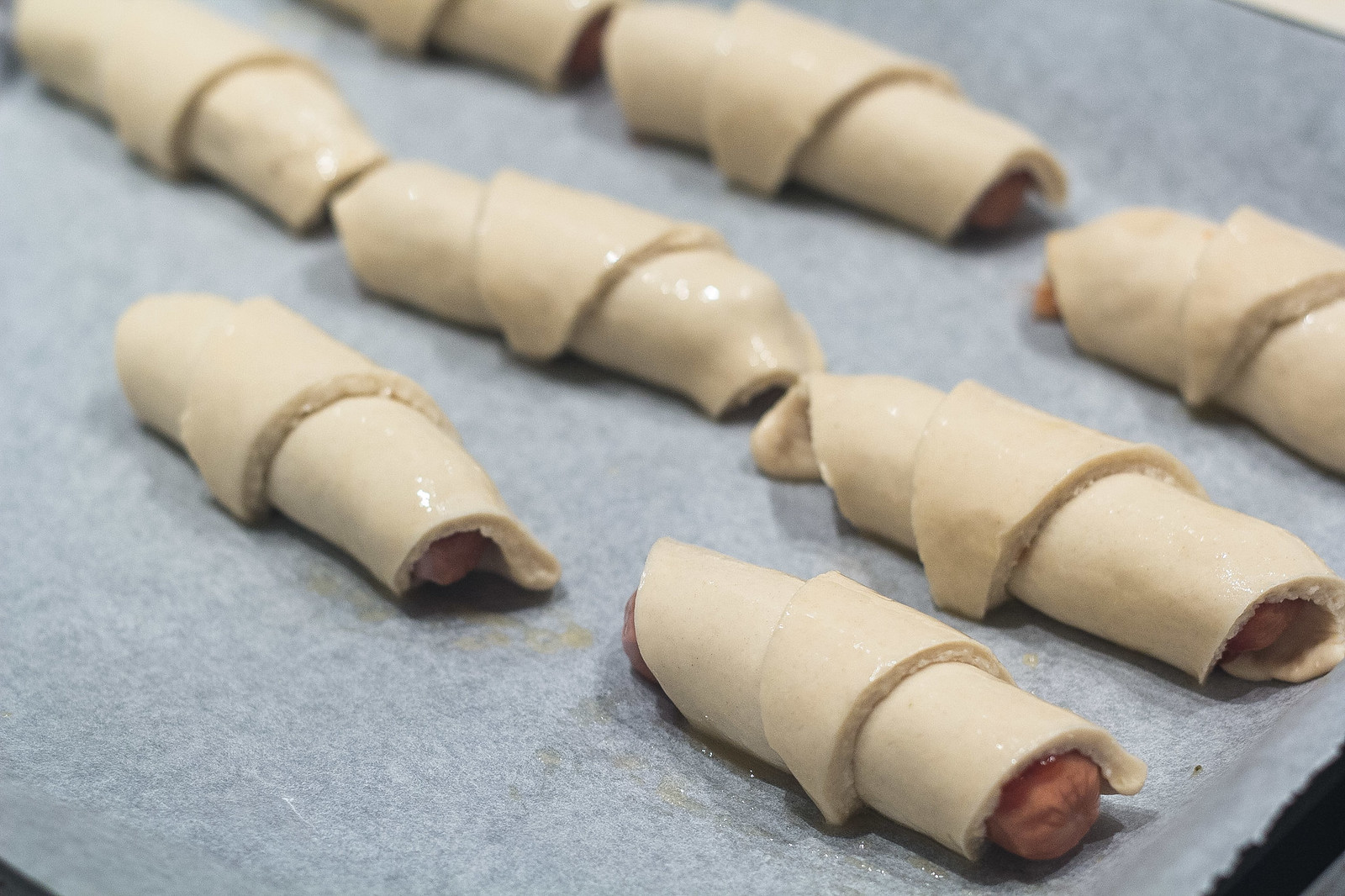 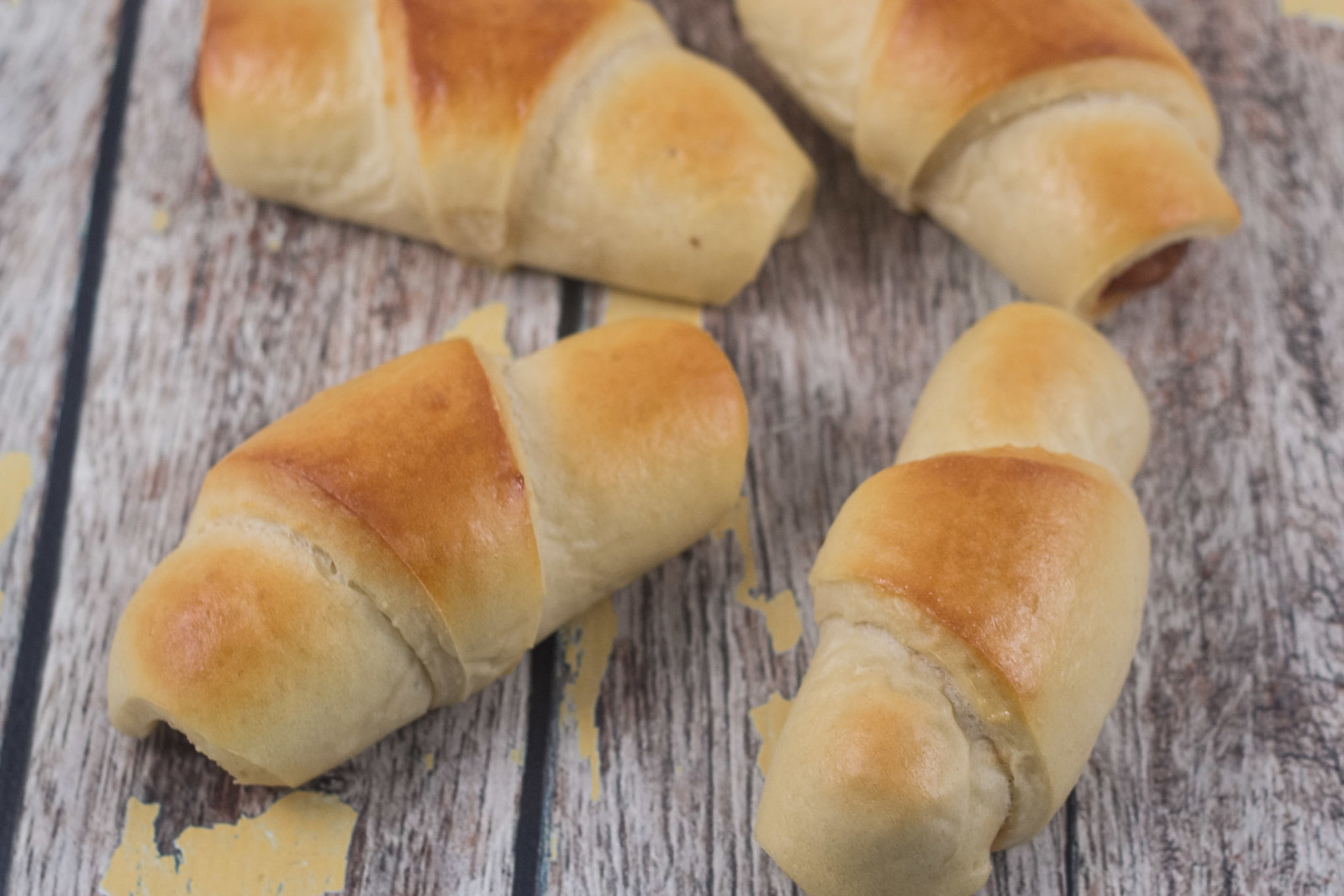 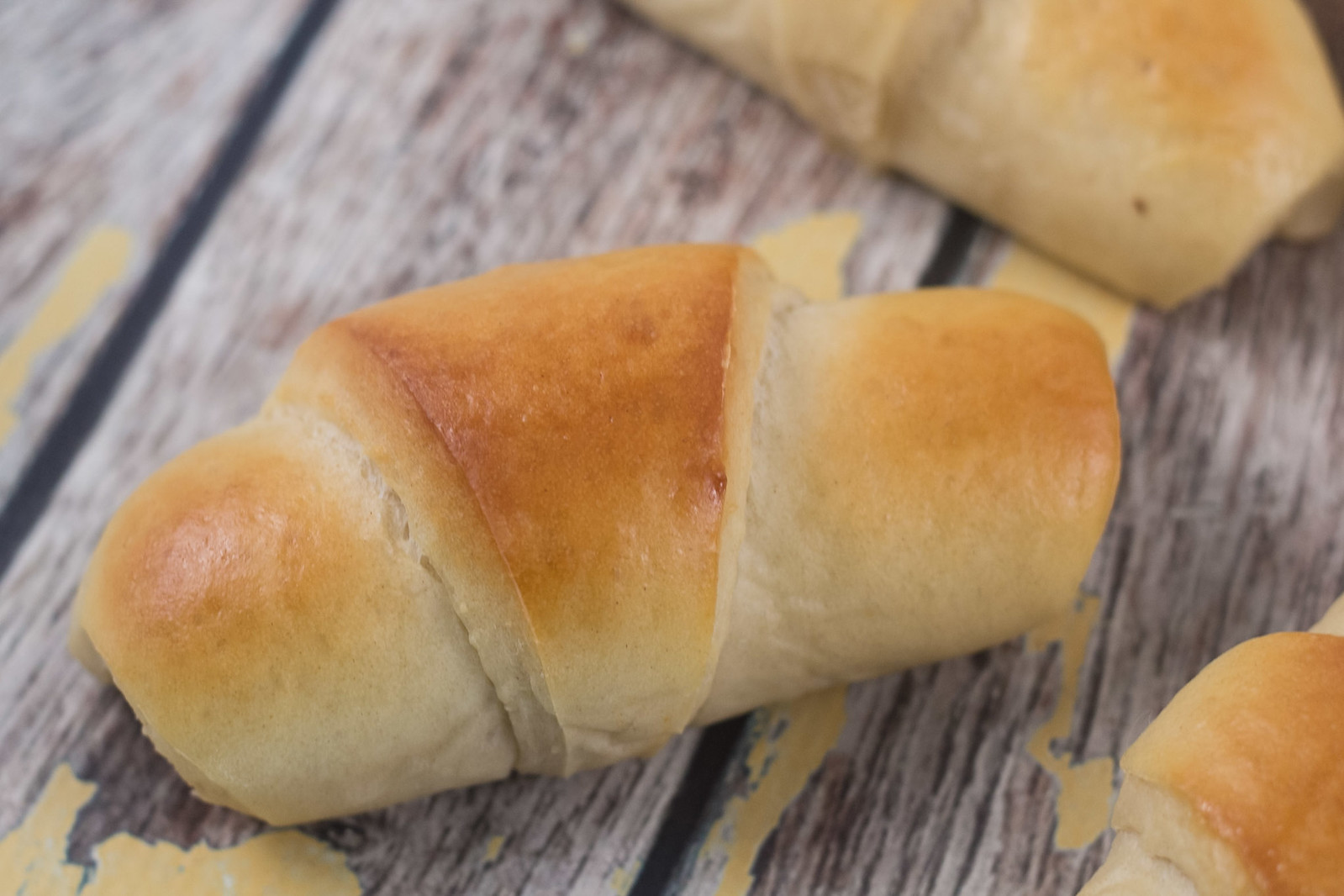 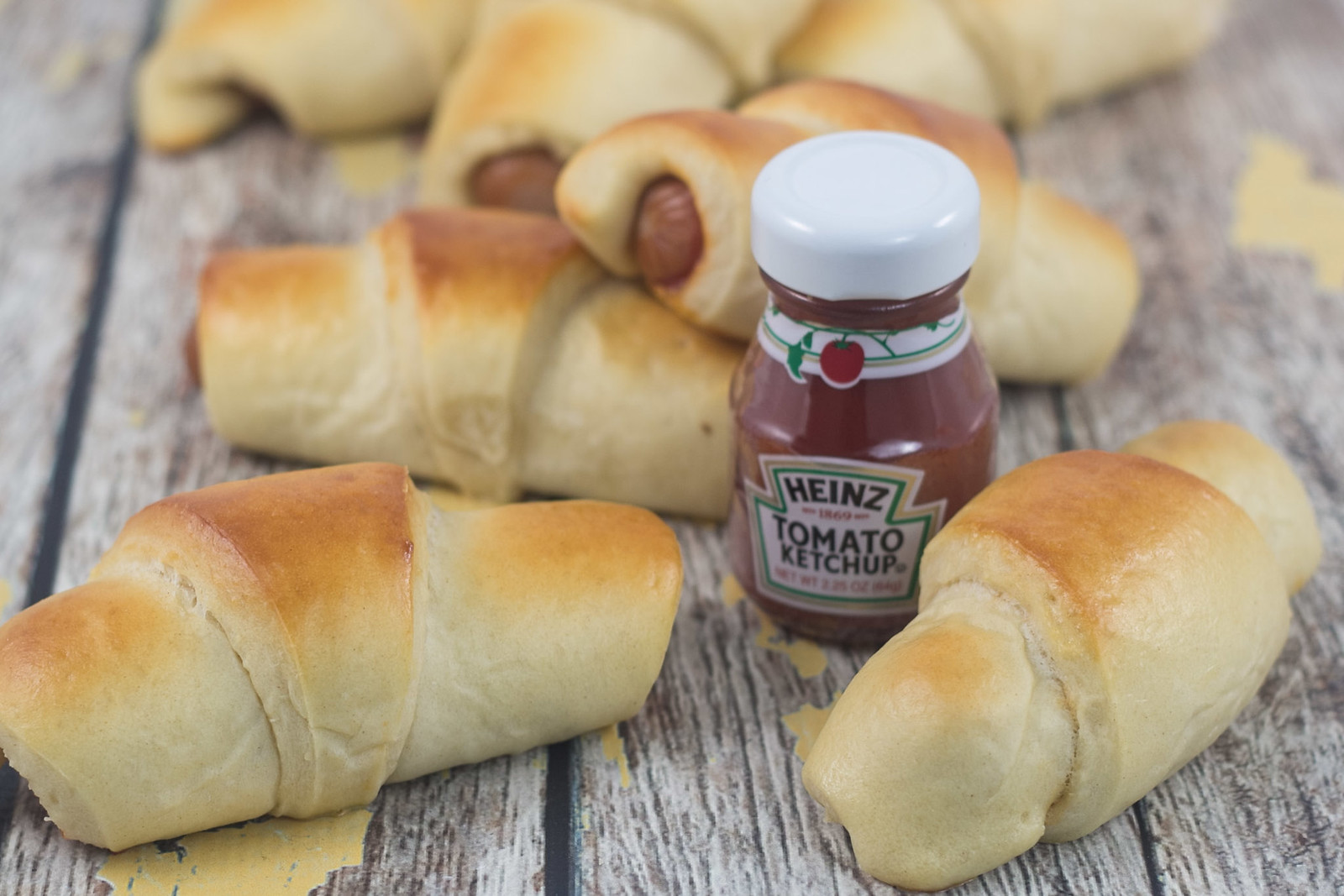 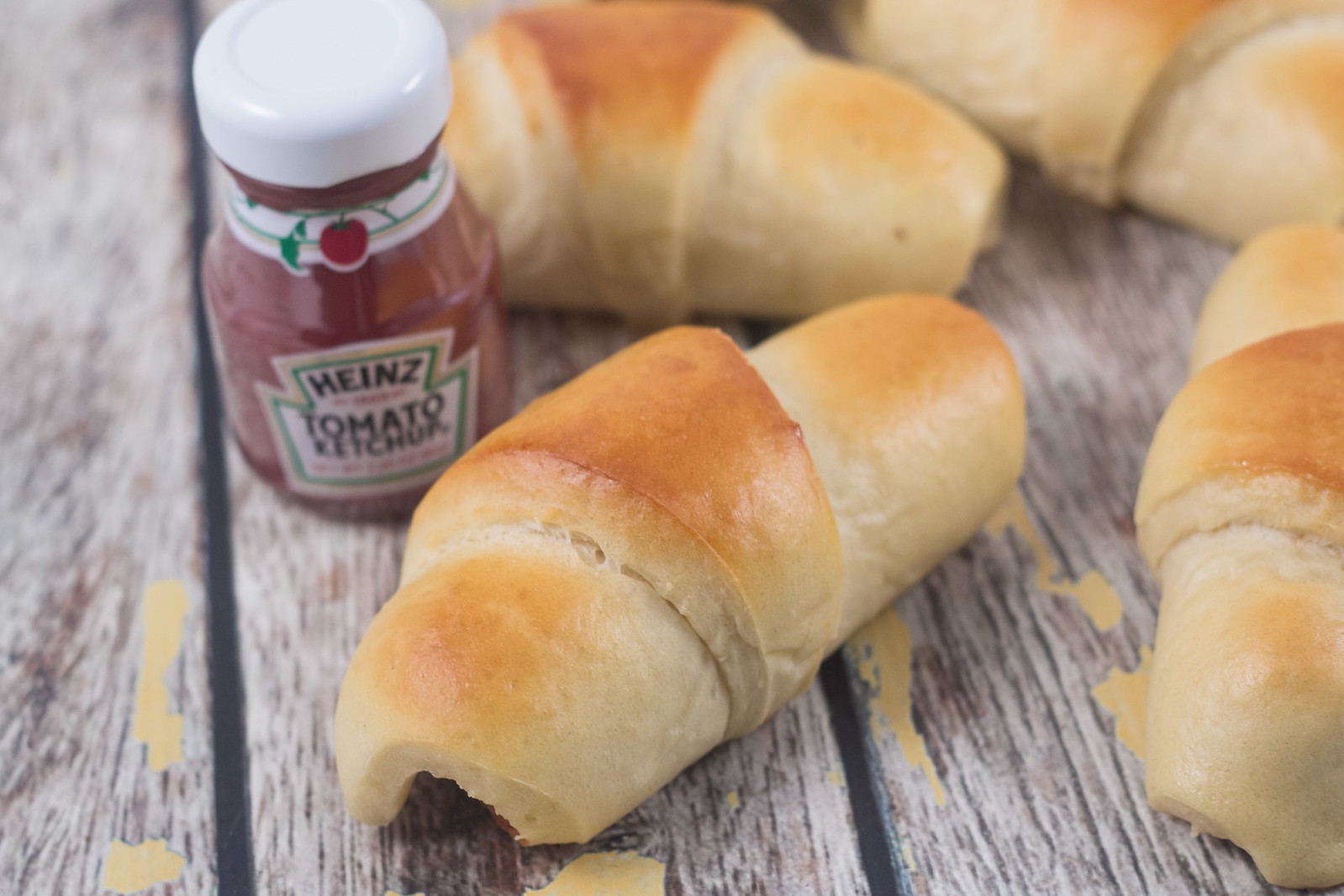