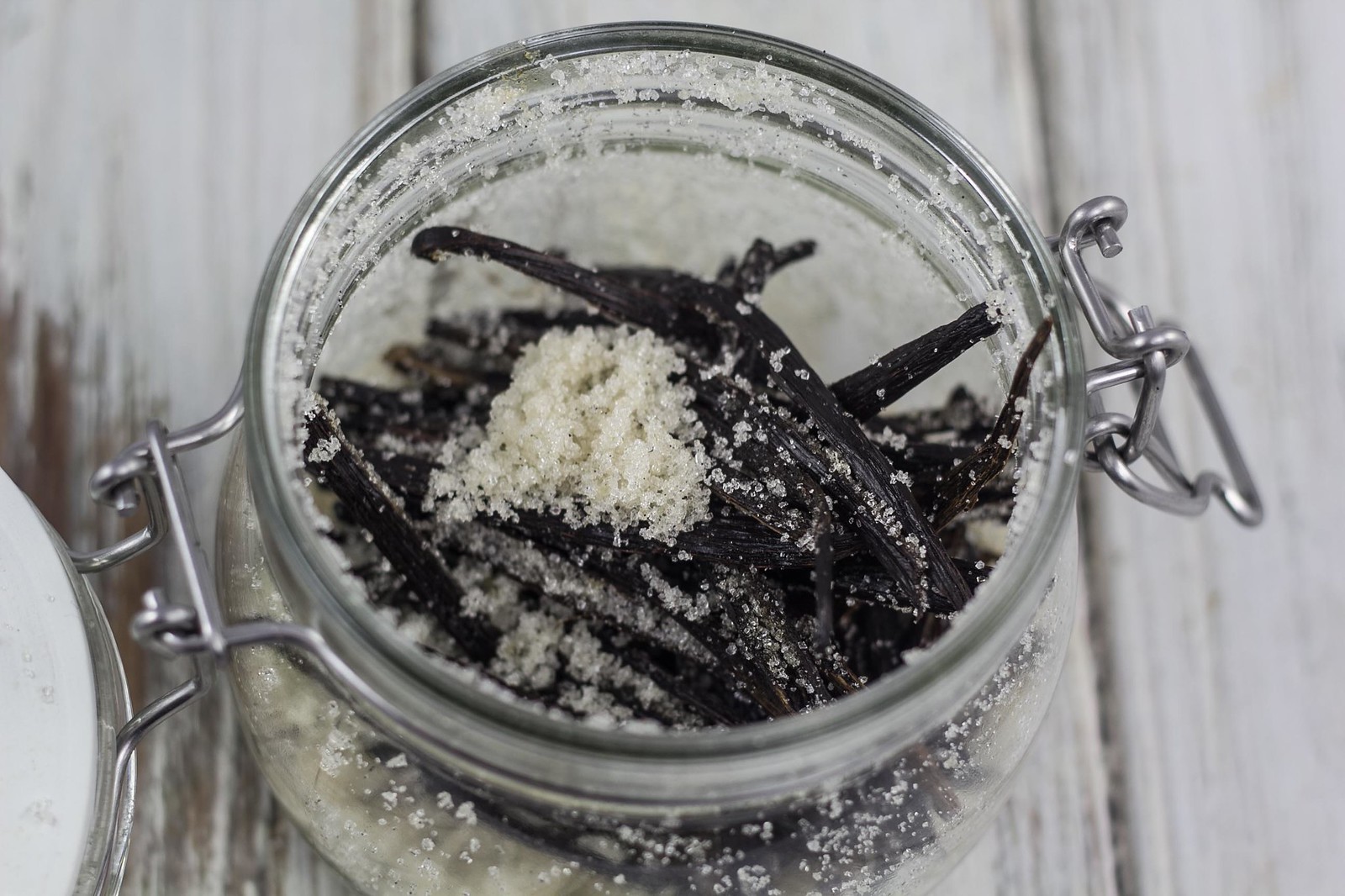 After I have started this international food blog I have realized that ingredients which is a common thing, for instance, in the USA is almost impossible to get a hold of in Denmark or any of the other Nordic countries. However, this also applies the over way around. In many of my recipes, especially the desserts, I uses what we in Denmark calls vanilla sugar. After having been asked that question several times 'what vanilla sugar is?' I have made the conclusion that it must be an European ingredient.

Vanilla Sugar?
Vanilla sugar is similar to vanilla extract that is a normal ingredient used in the states. However, the vanilla concentration is not the same. Vanilla sugar is exactly as the name applies - it is simply just sugar mixed with vanilla seeds. It is very simple to make yourself and it can be used for a lot of stuff. I mostly uses it in desserts but it is also great to sprinkle on top of some oatmeal, yogurt, in tea or maybe in coffee.

Instructions for Homemade Vanilla Sugar
You simply cut open a vanilla bean and extract the vanilla seeds. Then you mixed the seeds with sugar and keep everything in an airtight container. It is also a good idea to keep the vanilla bean together with the sugar in the box - it still has a lot of good flavor. From my own experience, the sugar can be used right away but if you leave it for some time, the taste only gets better.

Vanilla Sugar from used Vanilla Beans
There is a second way of making vanilla sugar - which is actually the way I prefer it. Every time I have used vanilla seeds in one of my other recipes, I always keep the used and empty vanilla beans in a glass jar together with some sugar. An empty vanilla bean still contains a lot of delicious vanilla flavor. By keeping them in a jar with sugar, you can extract this flavor and make some vanilla sugar. Just remember to shake the jar from time-to-time and add some extra sugar when you add another vanilla bean. 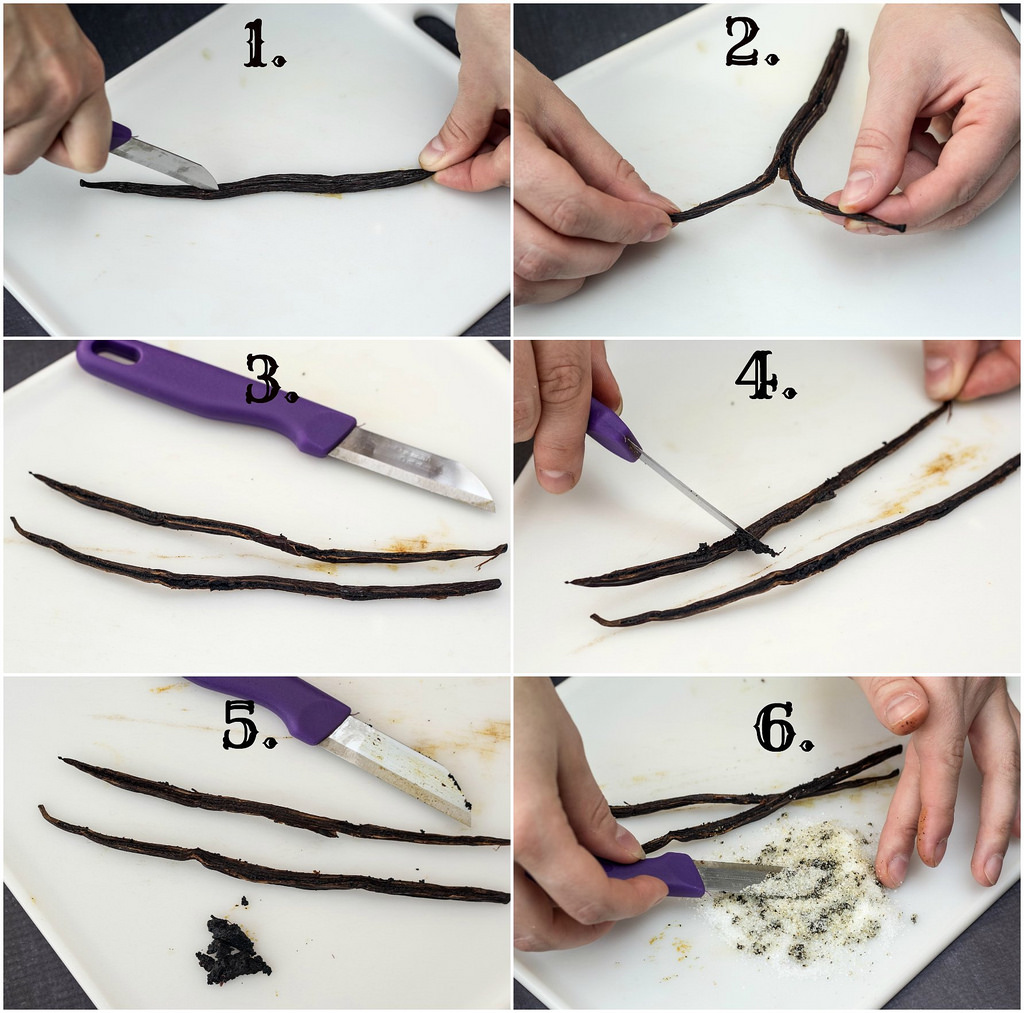 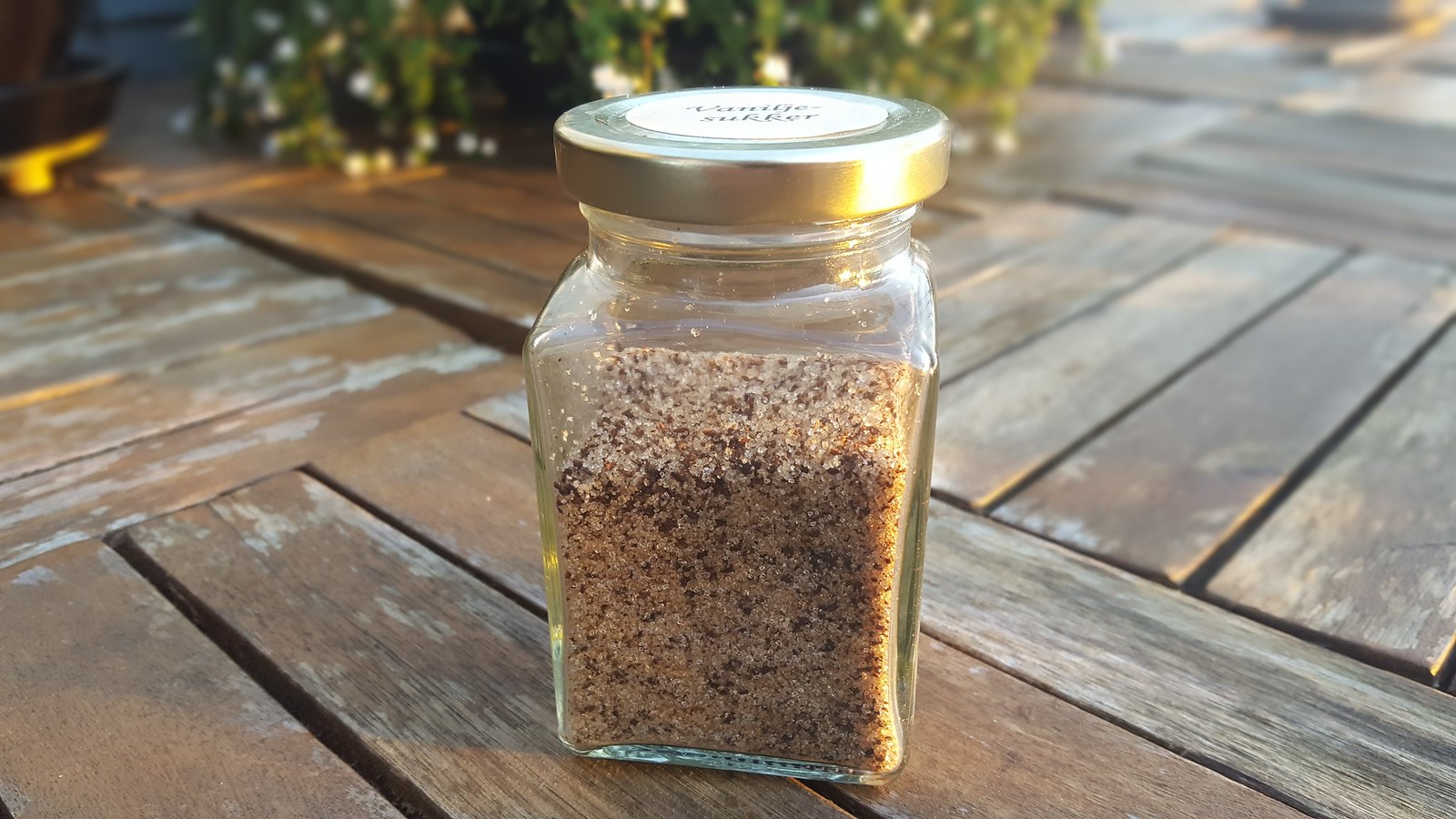 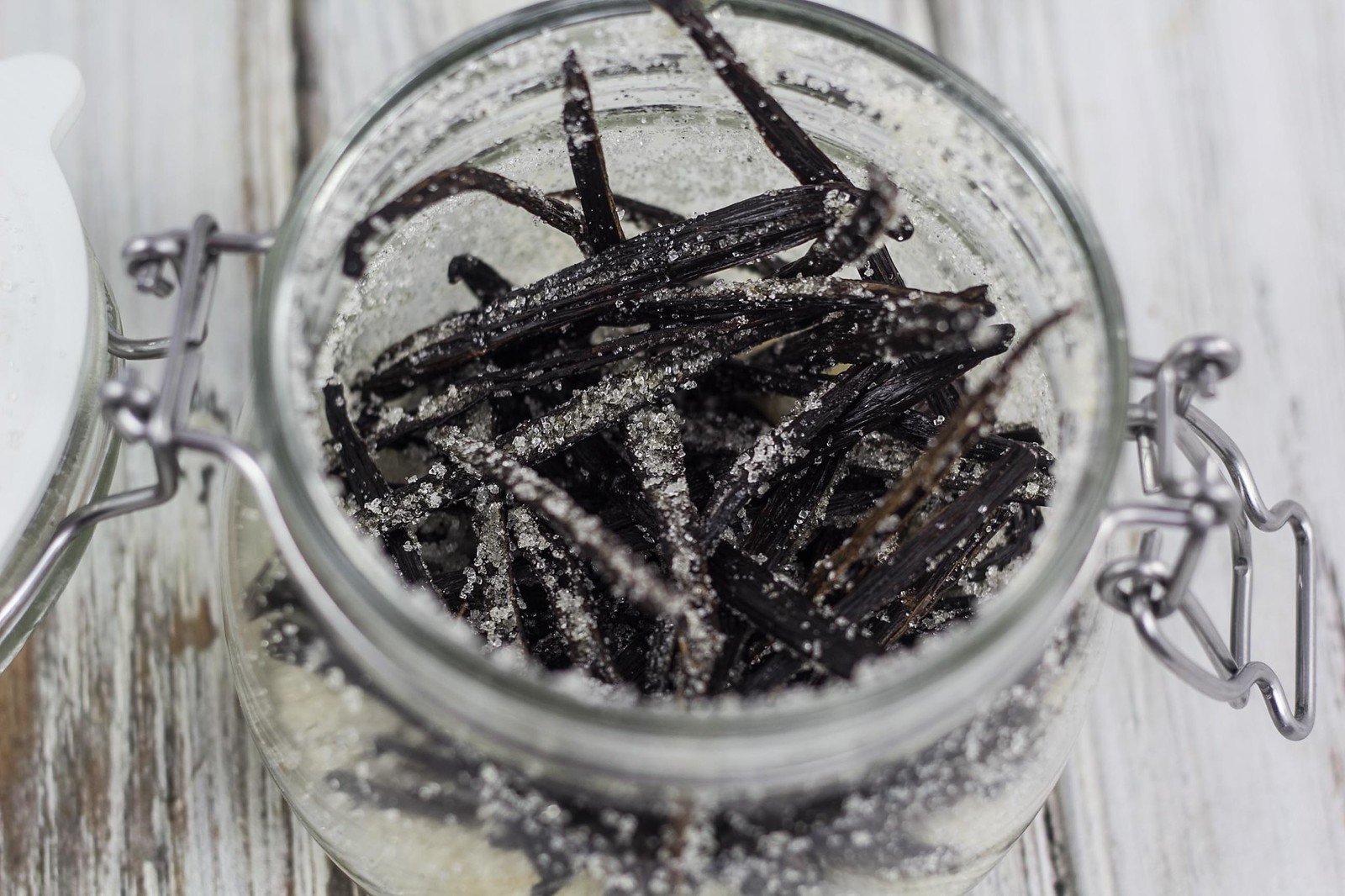 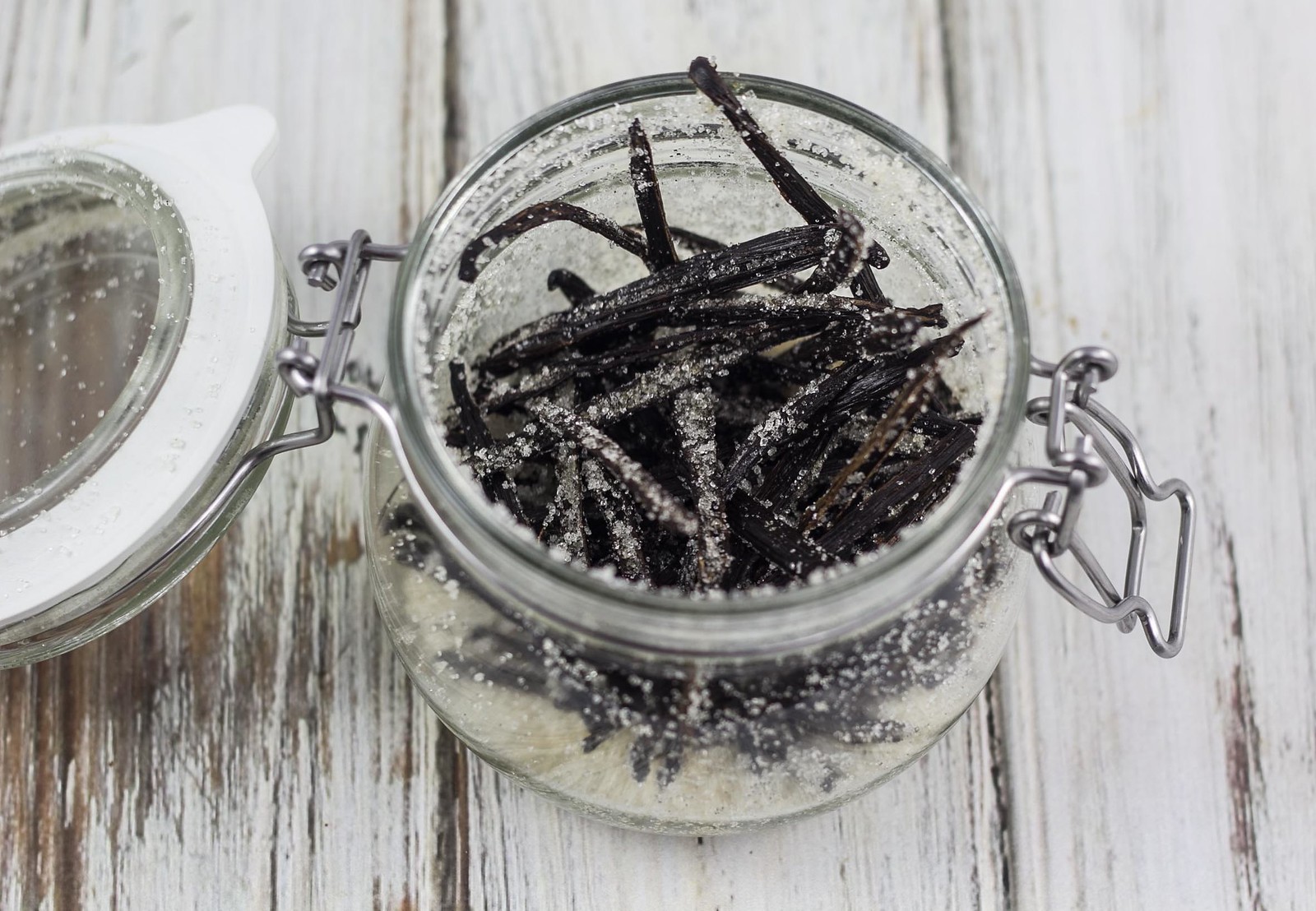 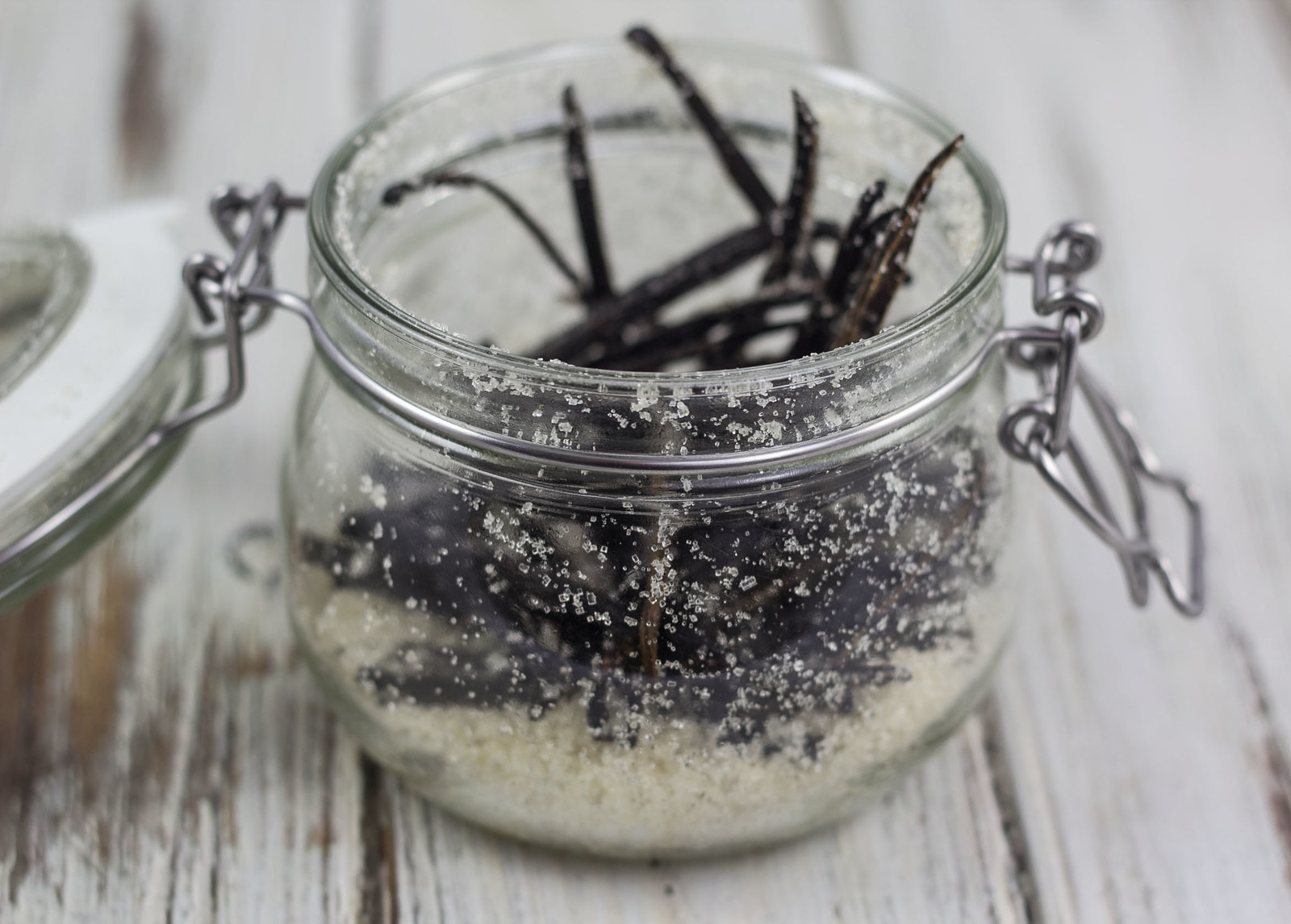