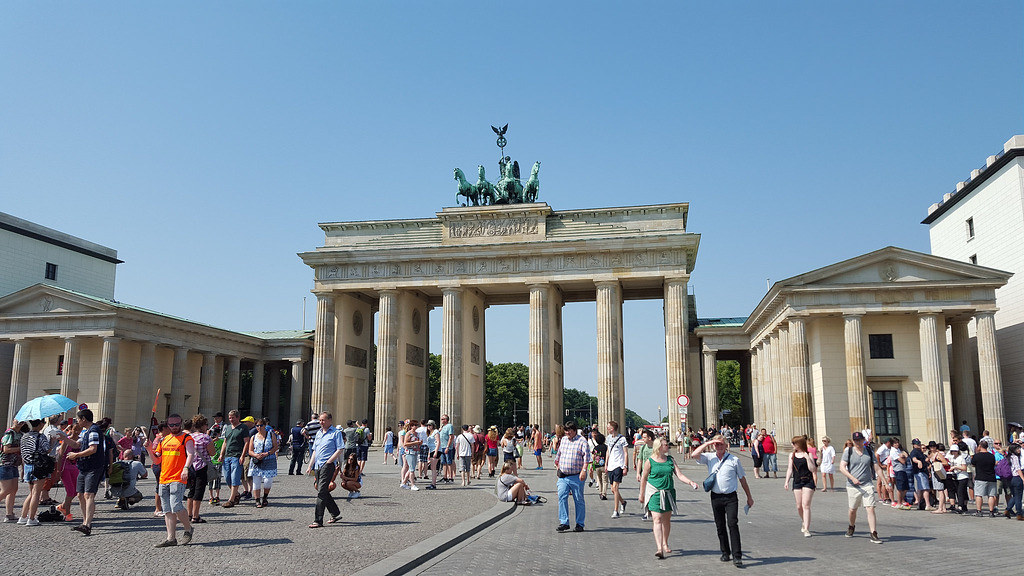 How to Get to Berlin

There are several ways of getting to Berlin. Berlin has to bigger airports, Tegel airport and Schönefeld Airport. Tegel is properly the most known airport which the bigger airline companies use. Tegel is located north-east from the center of Berlin. Schónefeld is a more low-budget airport where cheaper airlines arrives and departs from. The price for a plane ticket to and from Berlin depends on many things. However, I have seen prices as low as 40-50 euro for a one-way ticket to Copenhagen. Besides the airports Berlin also offers many buses with drives to many of the other big cities in Europe. A bus ride form Copenhagen to Berlin takes about 8 hours, so it is not that slower when you also consider the waiting time in the airports and so on.
Getting from the two airports into downtown Berlin is pretty simple. Both from Schönefeld and Tegel you can take the trains directly into Berlin. Otherwise, there are of cause plenty of taxis at both airports. A ticket from the airport to Berlin cost about 5 euro, so this is absolutely affordable.

Where to Stay in Berlin

The question about which is the best and most central place to stay in Berlin can be a little difficult to answer. You can say that Berlin is sort of divided into two interesting areas. There is the part around the Tiergarten and then the part around Alexanderplatz. During my visit I stayed just east of the Tiergarten at the area around Kreutzberg. I think this was a very nice and central place. However, whatever you decide it is pretty easy to get around in the city. See the next section where I describe the different transportation opportunities. I paid around 80 euro for a pretty nice hotel which I think was a fair price.
The best thing is of cause to decide which things you want to see and then book a hotel which is central around these points.

How to Get Around in Berlin

As many other big cities, Berlin has plenty of transportation opportunities. You can take the buses, Metro or the S-train. You can buy tickets which lasts for one day and then you can travel as much as you like. This full-day ticket costs about 7-8 euro. You can also buy a single ticket for about 2.5-3 euro, so if you travel more than a couple of times the full-day ticket is the best for you. However, as I have written in some of my other Travel Guide, I like to walk. I personally prefer to walk around cities. This way I think you get the most out of it, instead of just seeing the underground tunnels all the time.

The Reichstag building is real historical building constructed back in 1894 to house the government up until 1933 where it was damaged by a severe fire during the attacks on the city. After the damage the building was rebuilt up until 1990 where is had a reconstruction which was complete around 1999. Today this building is a very touristy place, especially because you can go to the top where there is spectacular view of the city. There was not fee to get to the top. However, you have to reserve some ticket online before you go place. The security around the building is pretty serious and it is mandatory that you bring some identification with your picture on. You can read more about the Reichstag and book your ticket on this webpage. This experience was one of my favorite when visiting Berlin. 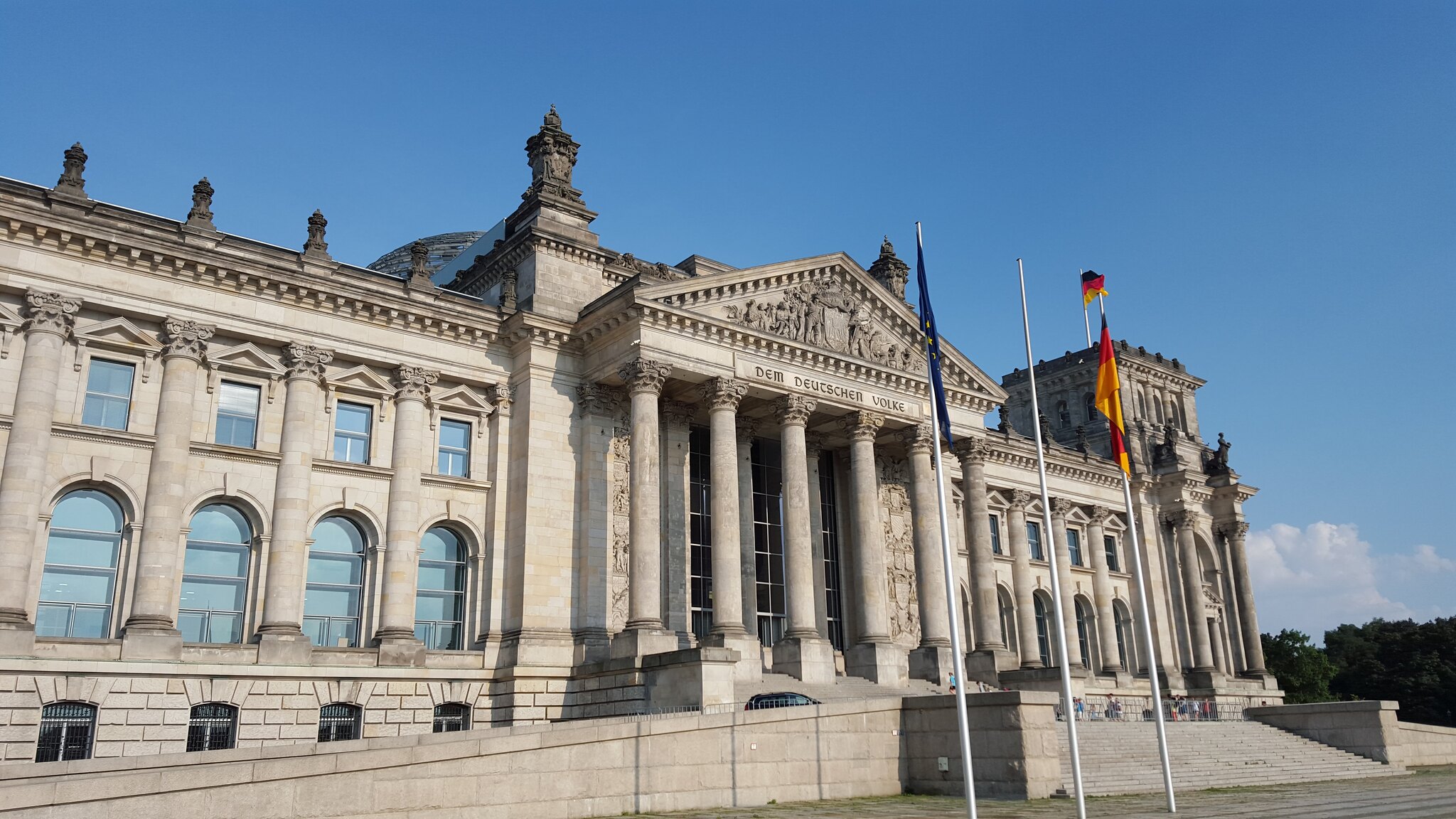 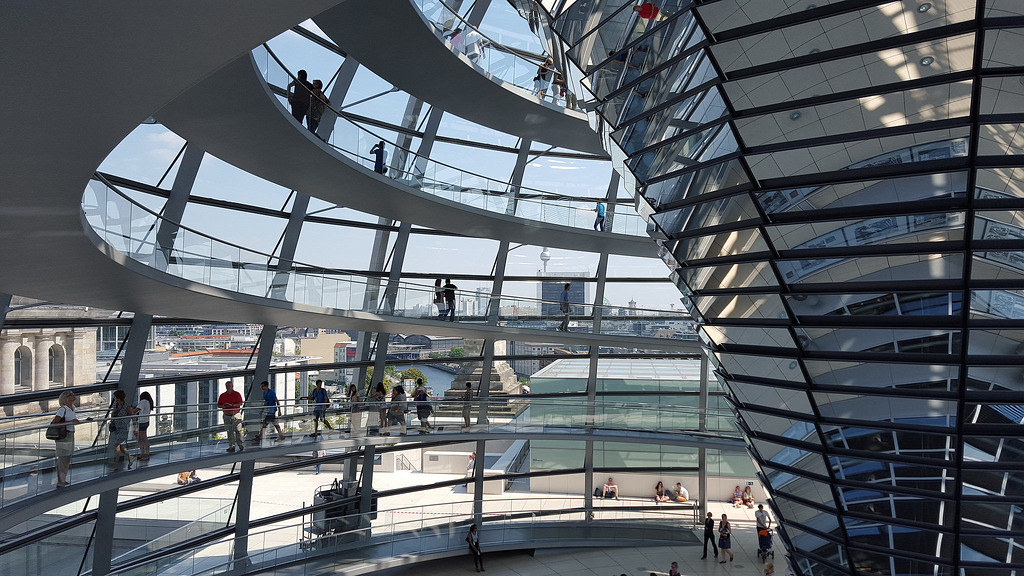 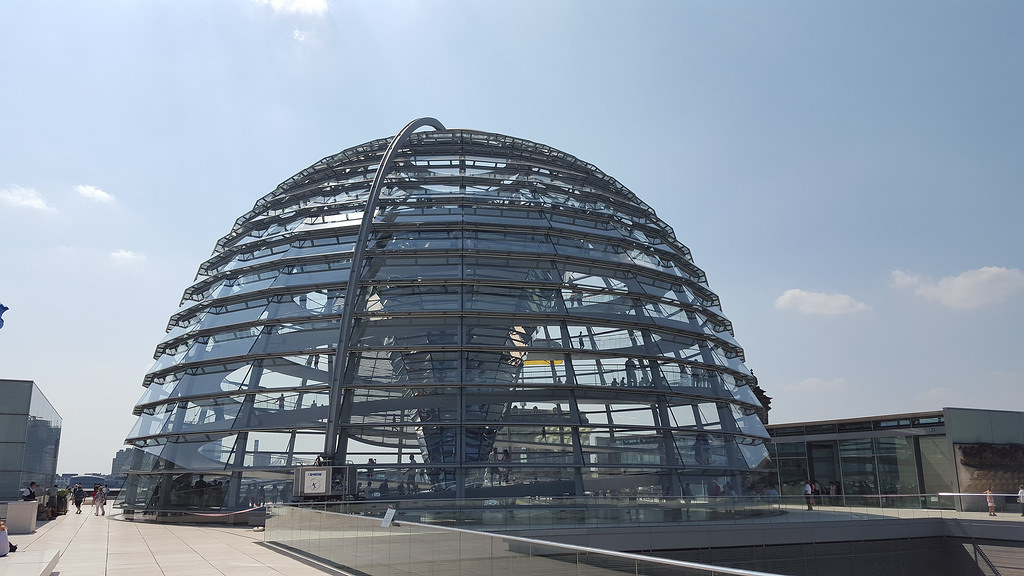 Boat Trip on The Spree

The river call the Spree is running through Berlin and of cause like many other cities it is possible to go on a boat ride on the river. I will recommend taking one of these rides because you get to see things in Berlin you would not have seen. A normal ride takes about 1 hour and has a price of about 10 euro depending on which boat company you uses. Make sure not to just take the first available boat. Search the area and seen the price for the different companies. I think the best location for getting a cheap and good boat ride, is if you go to Berlin Cathedral Church. This place has many trips where you are also able to get English speaking guides. 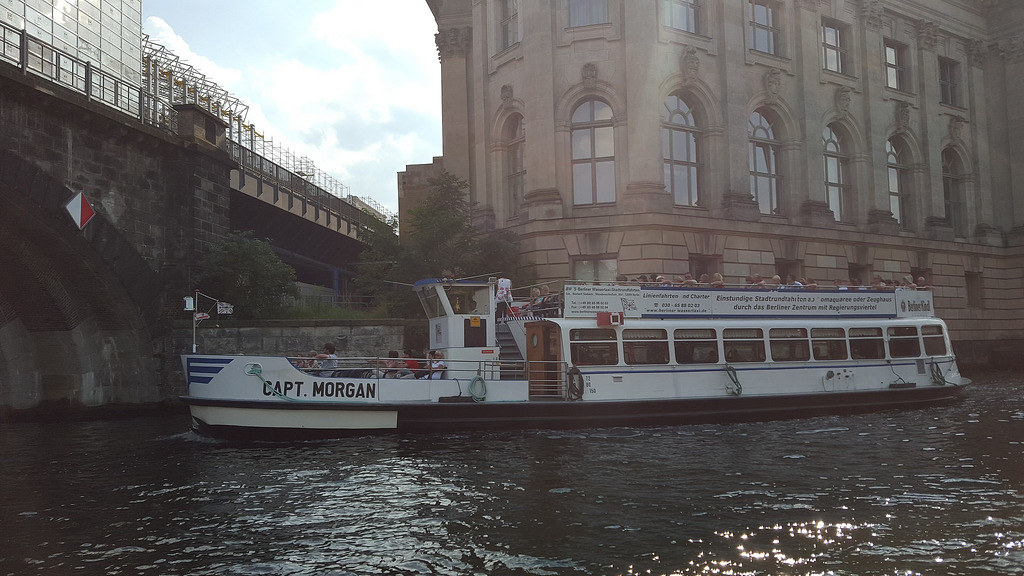 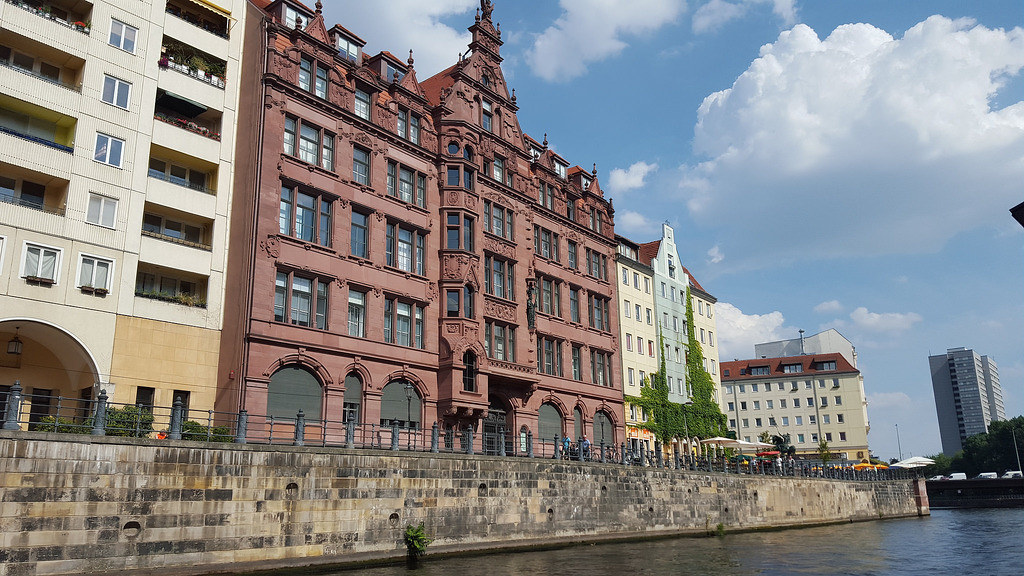 The Tiergarten is the biggest garden or small forest in Berlin. Tiergarten can be translated directly into English as The Animal Garden. Even though, it is called the Animal Garden is has not exotic animals like tigers or anything. The garden is nicely maintained and it is an absolutely fantastic place for a getaway from the busy city. If the weather allows it I think you should go to the garden and just spend some time lying in grass and enjoy the sound from the birds and trees. And don’t get scared if you see a naked man or woman sunbathing – the German people can be a little more open-minded when it comes to nudity. 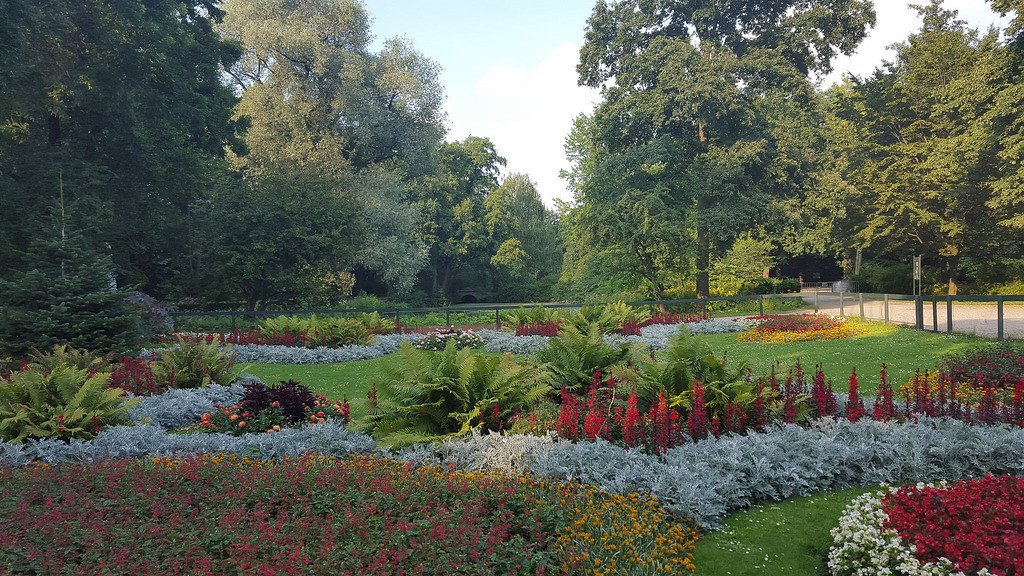 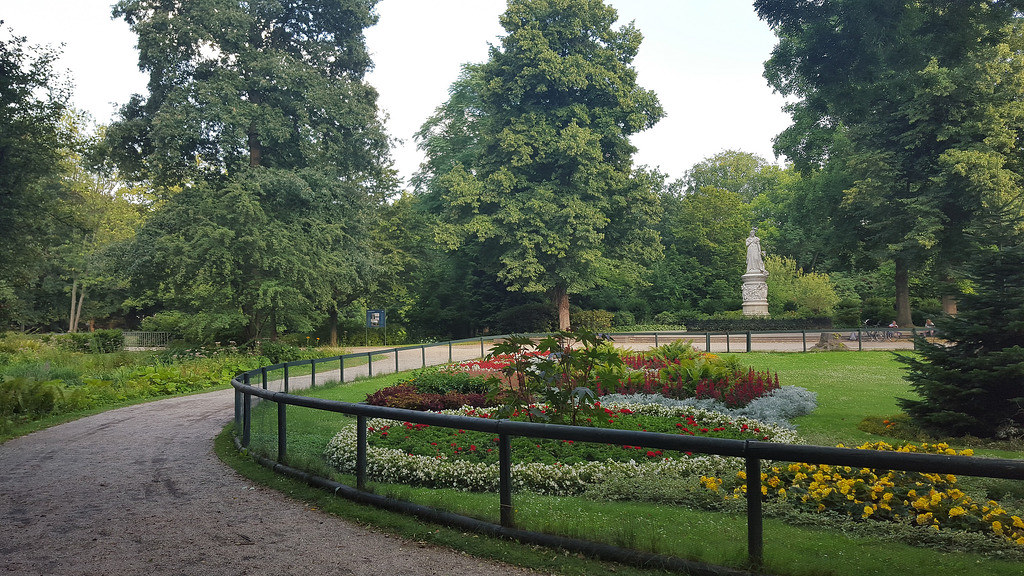 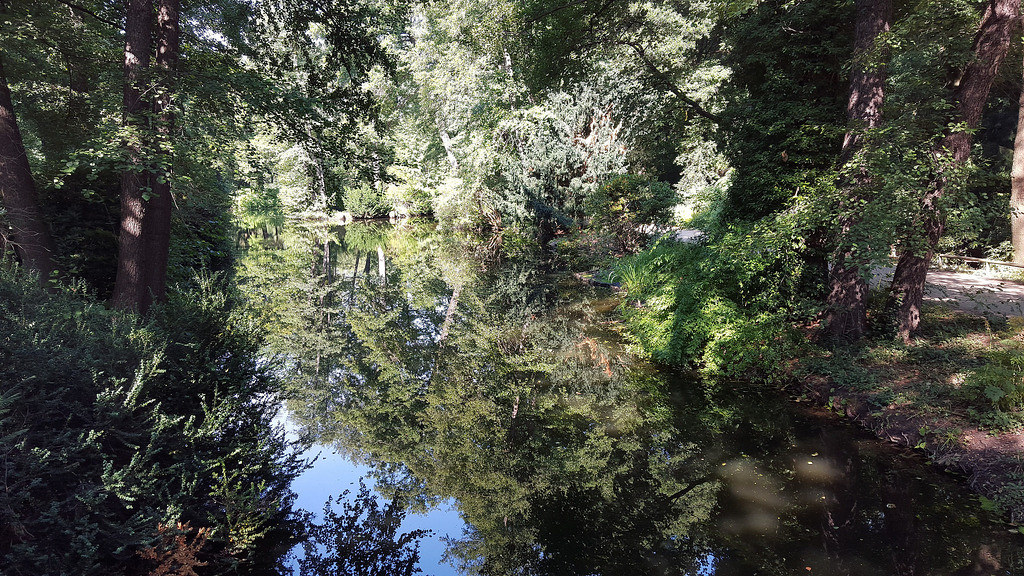 Taking Bus 100 is well-known and cheap tip if you want to go on a bus sightseeing in Berlin. Bus 100 departs from the ZOO-station located in the western part of Berlin and arrives at Alexanderplatz in the eastern part of Berlin. The bus is originally not a sightseeing bus – it is just an regular bus. However, this bus ride takes you through most of Berlin where you get to see many of the big attractions. The bus ride takes about 30 minutes and is a very good alternative to the more expensive real sightseeing buses. Of cause this bus does not provide any information along its way. The price for a ride is about 3 euro. A good tip is to make sure to be one of the first inside the bus so that you can get to the top and front of the double decker bus. The bus departs approximately every 5 minutes, so if there are many people just wait for the next. 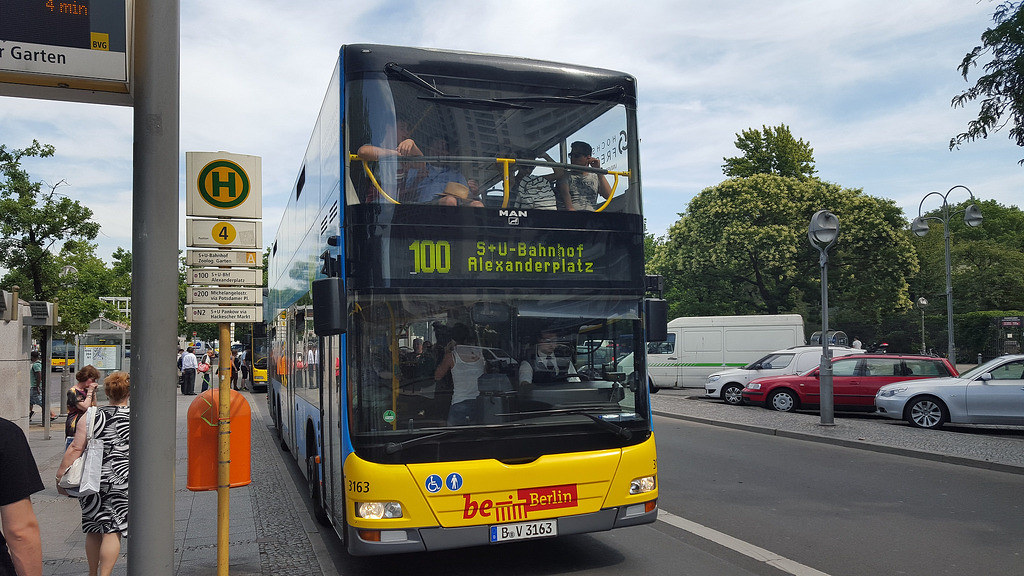 Topographie Des Terrors is an outdoor and indoor museum at a very historical place. The museum is located at the Niederkirchnerstrasse and is the old site where the Gestapo and SS had their headquarters. Today this place is converted into a museum where you can read many very touching stories and facts about the long a devastating second world war. The outdoor museum is built like a long timeline describing the time from before Hitler came to the power and then until the war was over. I will absolutely recommend visiting this place. And after this place many sure to visit Check-point Carlie which is located only a few blocks away. 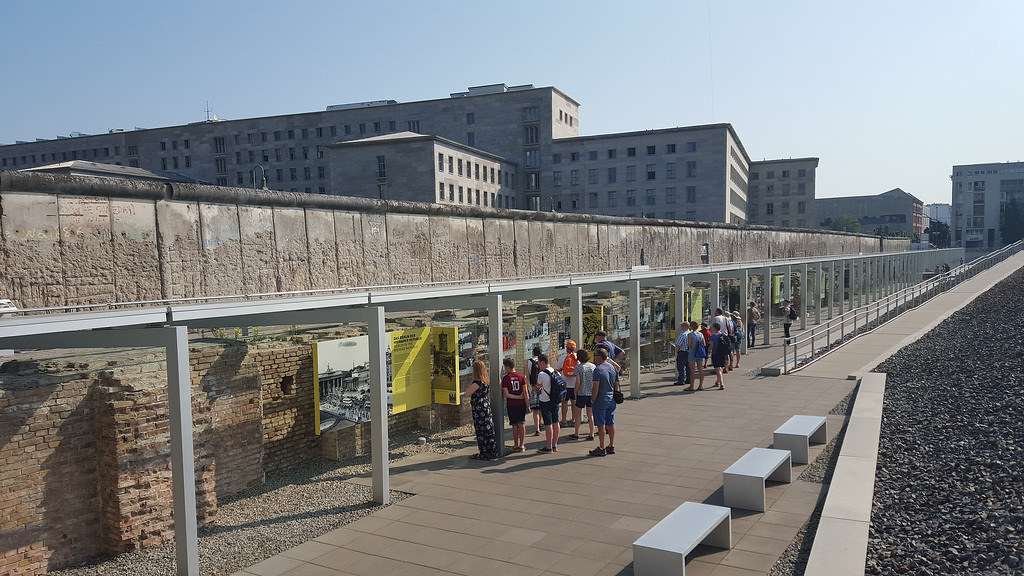 This is another of my top recommendation for things you must see in Berlin. Berliner Unterwelten is an underground bomb shelter which was used by the citizens of Berlin during the endless bomb raids during the Second World War. The shelter it selves is located in the middle of a Metro station so it is pretty easy to get to this location. The visit to this place can only be done as a guided tour. However, this only makes the experience better. The guides are really good to explain how it was like to stay in these shelters during the terrifying bomb raids. One tour takes about 1.5 hours
A guided tour costs about 11-13 euro and there are different tours you can choose from. You can book the tickets for the tour at the small ticket office located right next to the entrance of the Metro Station. The office has big signs saying Berliner Unterwelten – you can’t miss it.
After the tour I will recommend to spend some time in the park just across the street from the Metro station. The park has a giant bunker which is now almost covers in dirt.
Also, when you are in the area you can go by the Berlin Wall Memorial which is memorial about the people how died trying to cross the wall during the time when the city was divided into two parts – east and west Berlin. 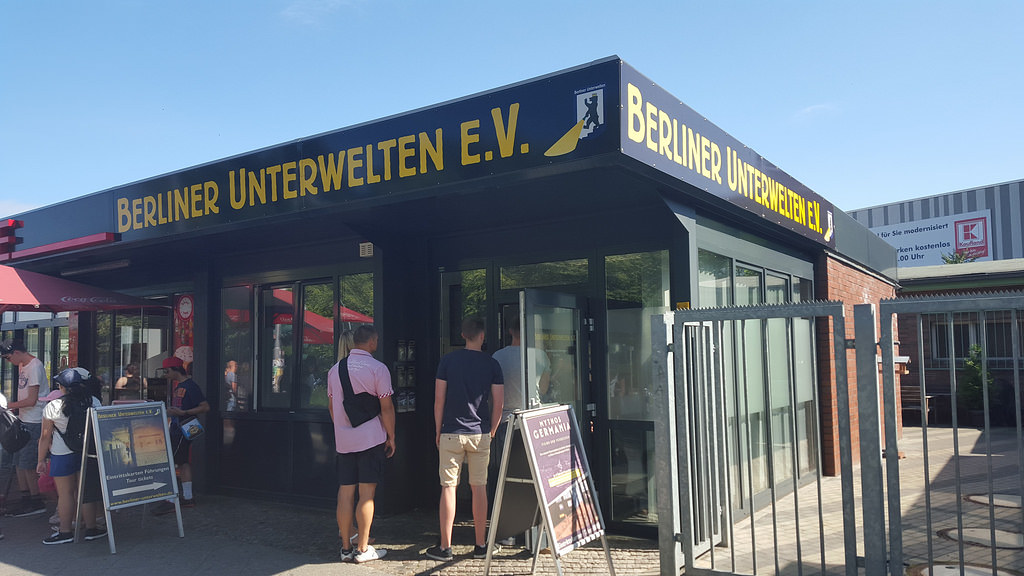 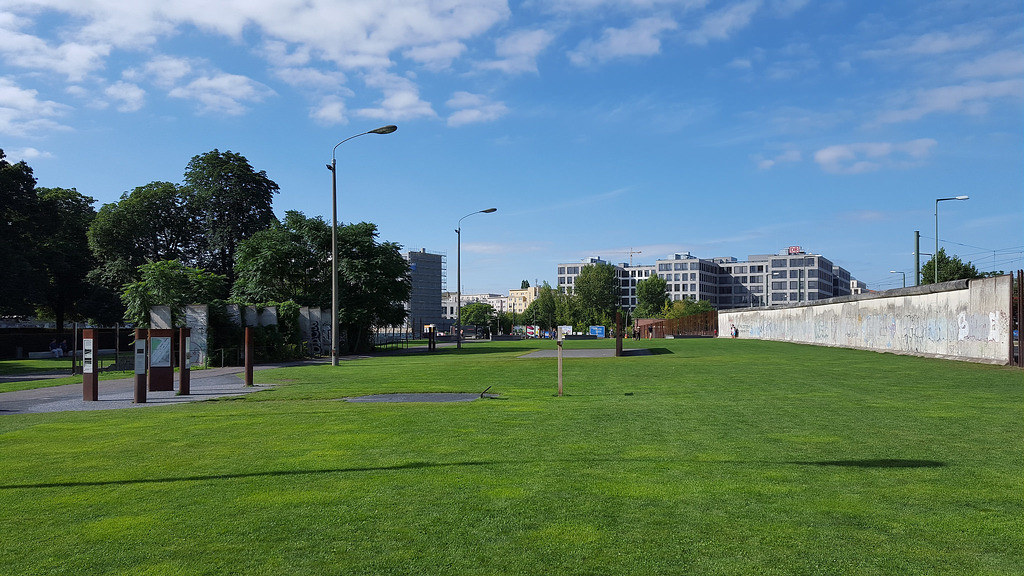 Memorial to the Murdered Jews

This is a very special and kind of beautiful memorial. The memorial is located just next to Brandenburger Tor and is also worth a visit when you are in this part of the city. The site is covered with about 2700 concrete blocks which are arranged in a beautiful pattern on a sloped hill. This way you can walk around the blocks and get the feeling of how massive the blocks are. Next to the concrete blocks there are an underground museum also dedicated to the murdered Jews during the war. 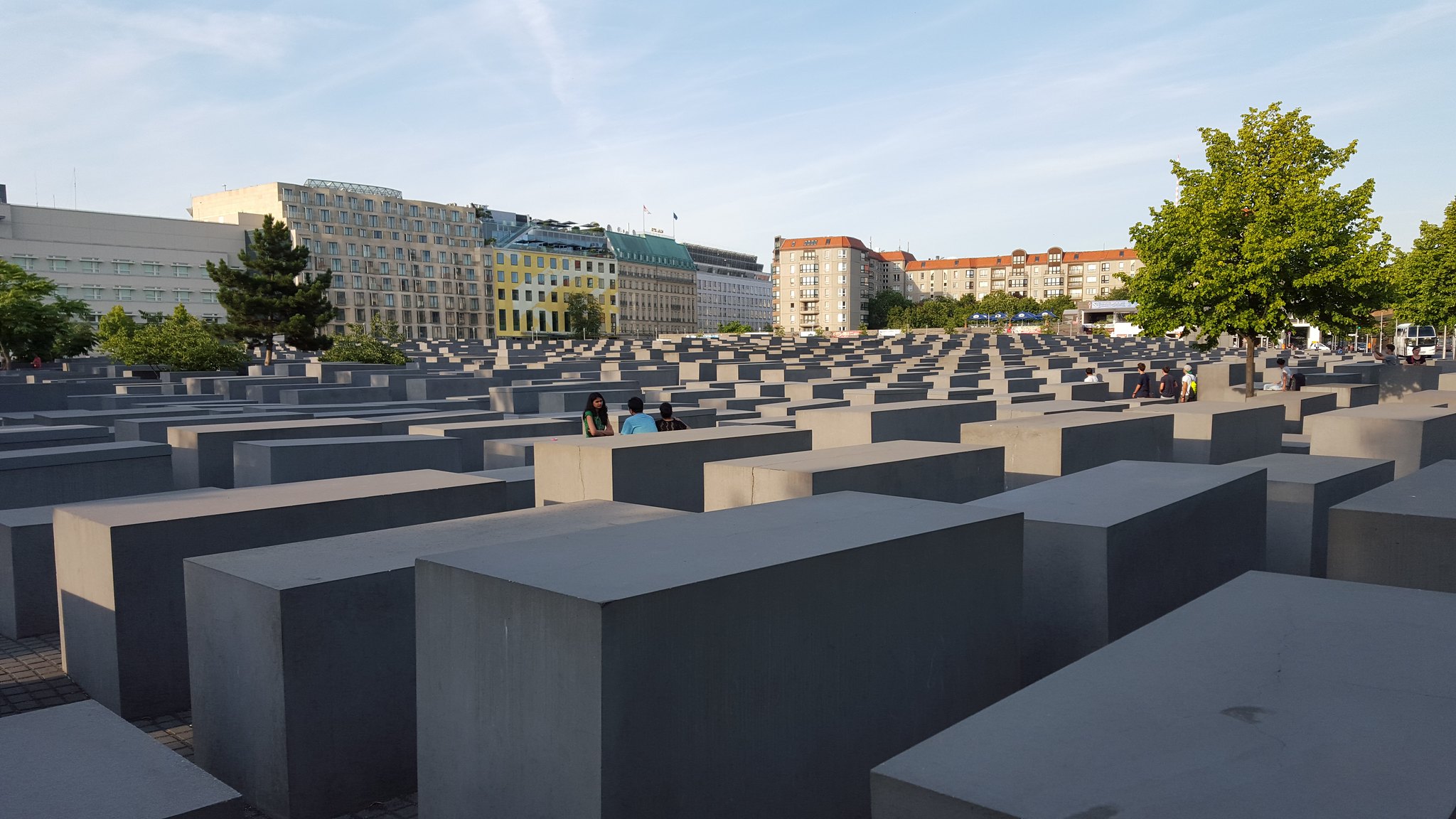 I sort of discovered this street by an accident. The street is called Bergmannstrasse and is located a little offside the downtown Berlin and has many really delicious restaurants, with small lamps and old buildings. If you are looking for a little cozy atmosphere you should take a walk on this street in the evening and later grab some to eat at one of the many places. 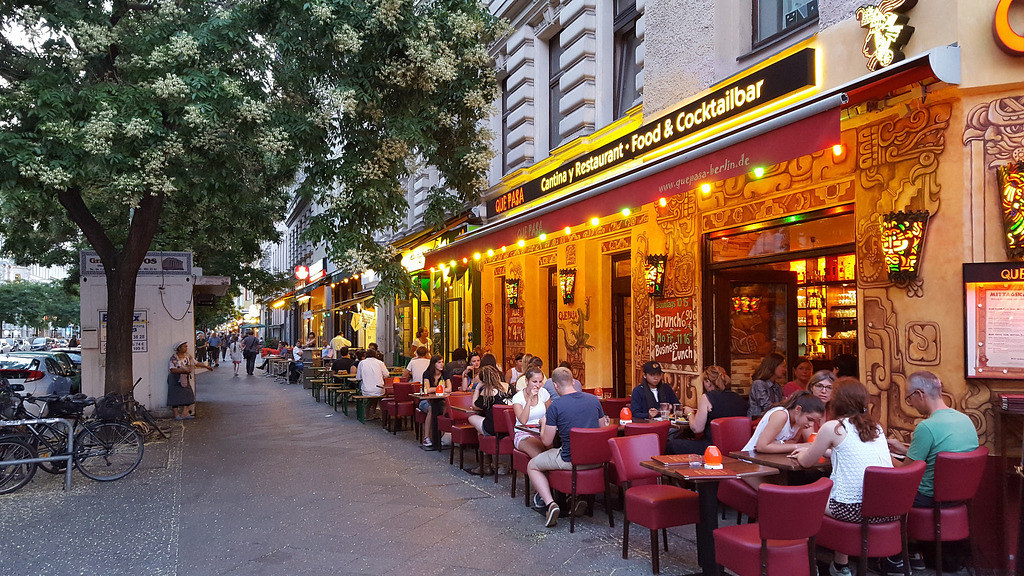 If you like chocolate like I do, you should definitely visit the Bunte Schokowelt which is an entire store dedicated to the world famous Ritter Sport Chocolate. At this place you can make your own personally Ritter Sport chocolate bar where you decide what kind of filling and topping should go on the chocolate. It costs about 4 euro to make you own Ritter sport bar, which is a bit expensive. However, if you think this could be fun you should try it out. After you have created your Rittersport you must wait for about 30 minutes for it to dry. In this time you could always check out the rest of the store or go for a walk in the area. 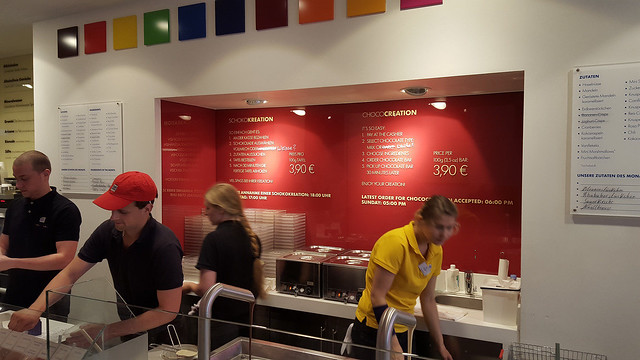 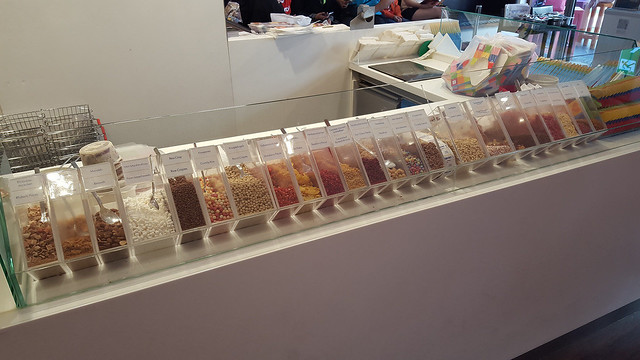 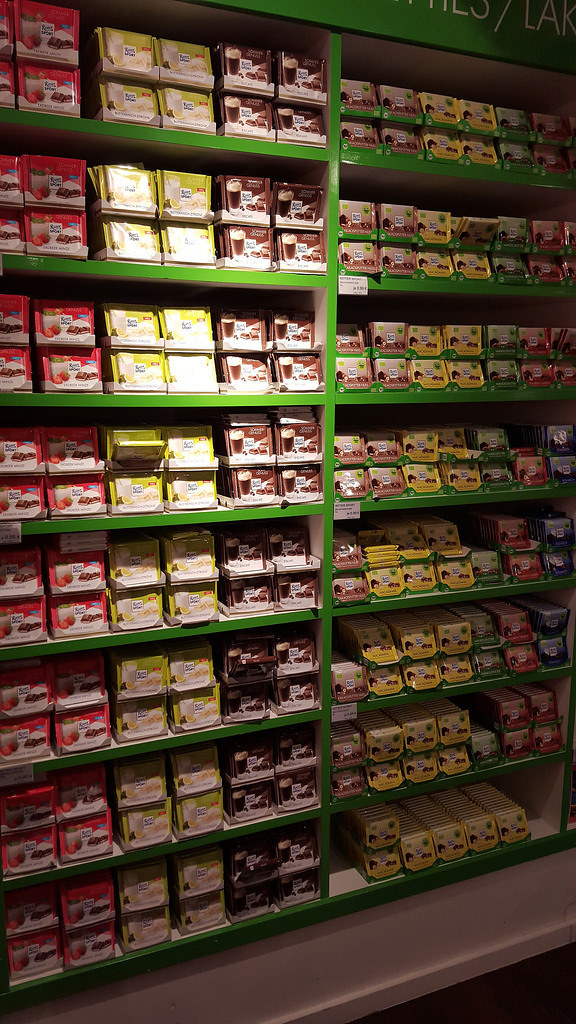 There are so many restaurants in Berlin - they are simply everywhere. You almost can’t walk on any street without there is something to eat. The price for food in Berlin is not that expensive. Of cause that depends on you reference from your home country. I have listed a couple of my food experiences below, make sure to check them out. 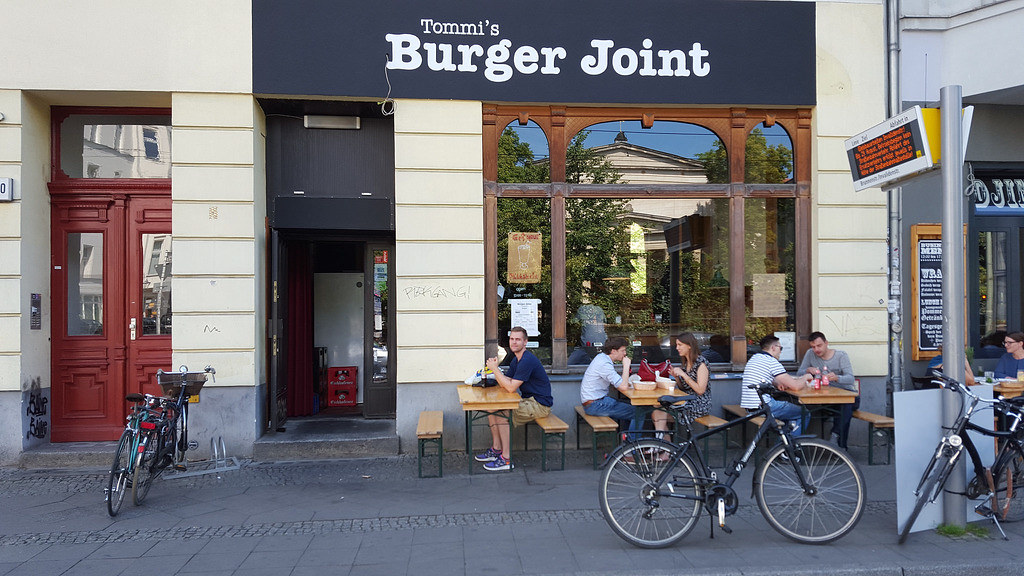 The Markt Halle Neun is a large food marked with many different food stands where you can buy all kinds of different delicious food. The marked is open daily but make sure to check out the opening times before you go. The place is really popular and can therefore be really crowded. If you like street food you should swing by this great marked and grab some food. 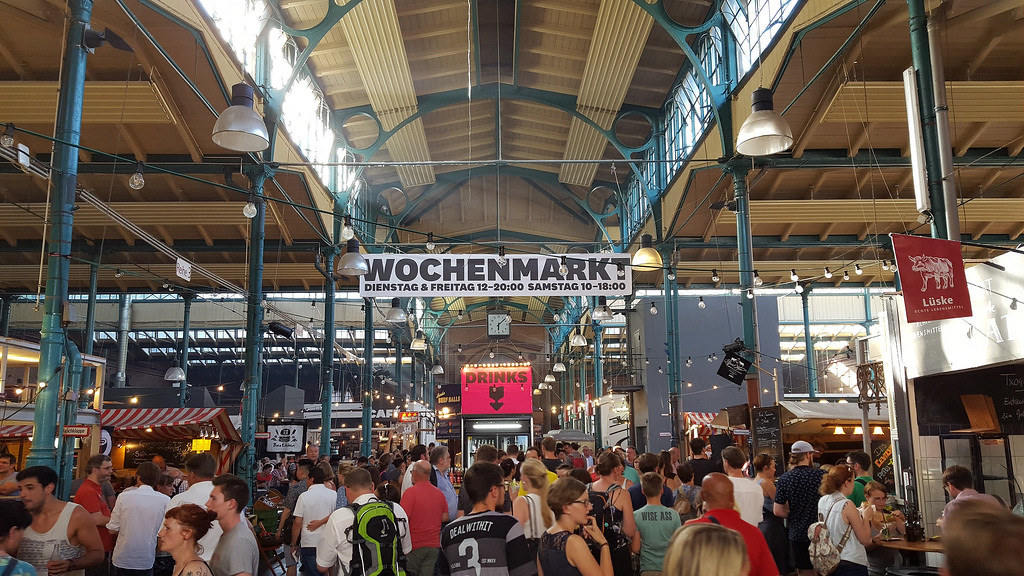 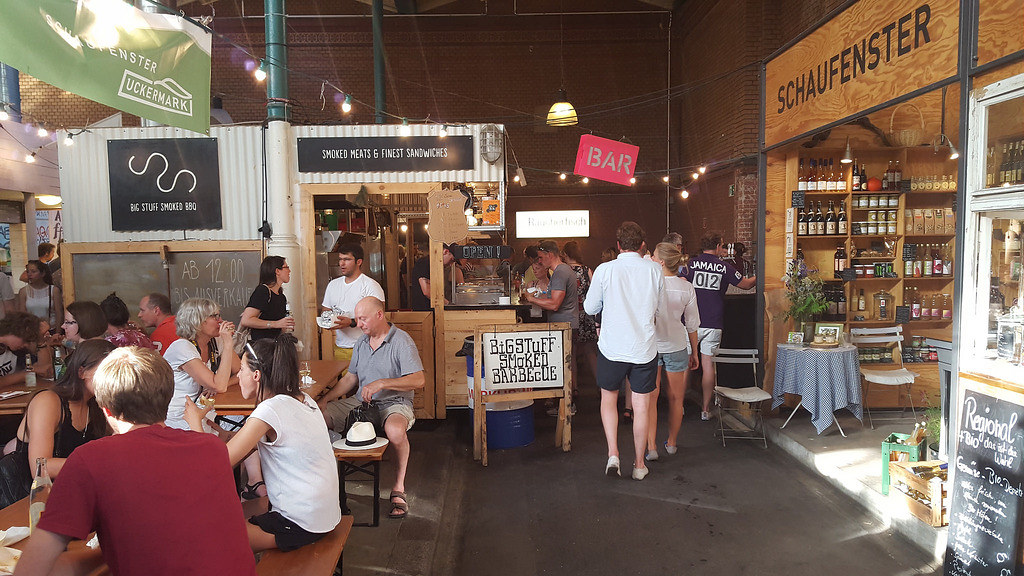 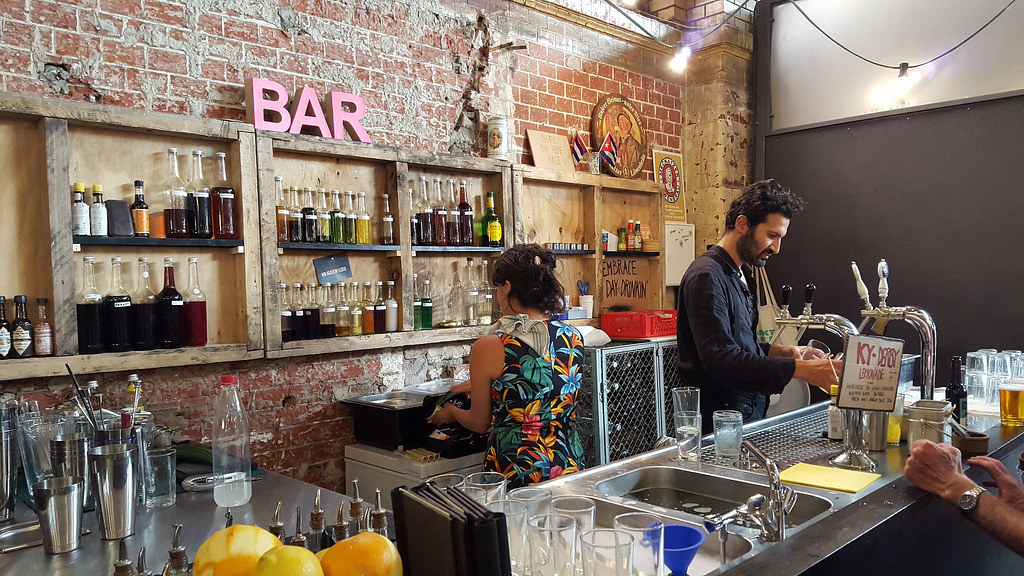 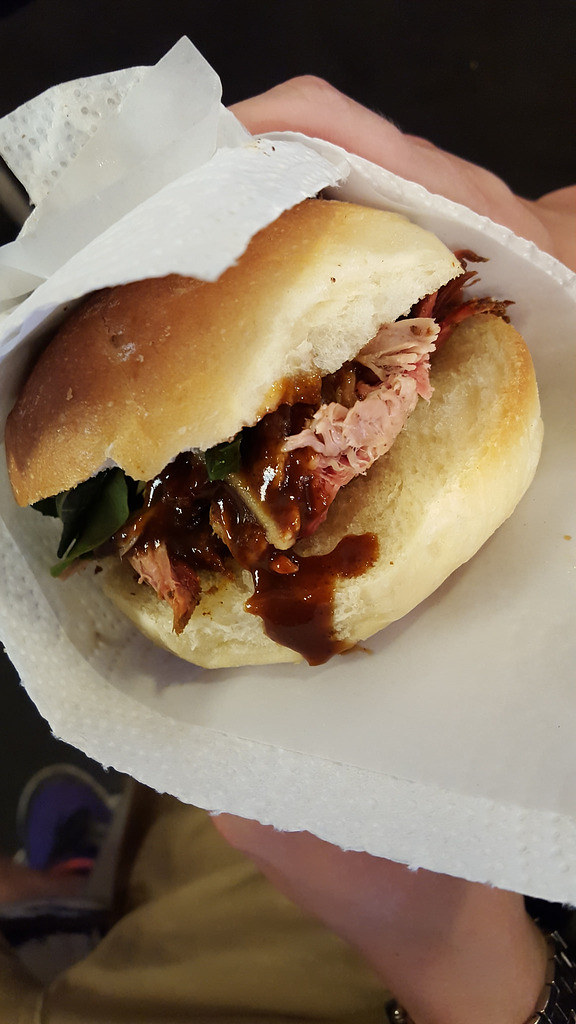 Vapiano is a Itaian food chain located in Berlin. The concept is that you can get super fresh food like a salat, pasta, risotto and pizza. All the food is prepared on different smaller kitchens inside the restaurant. On simply go up the desk and order your food directly to the chef. The amount of food you have ordered is then stored on a small chip which you give to the check-out counter when you leave the restaurant. I really like this concept because you can really see the freshness of the food and how it is prepared for you. There are not hidden elements. The restaurant is located several places in Berlin so there should be good opportunities of finding one. 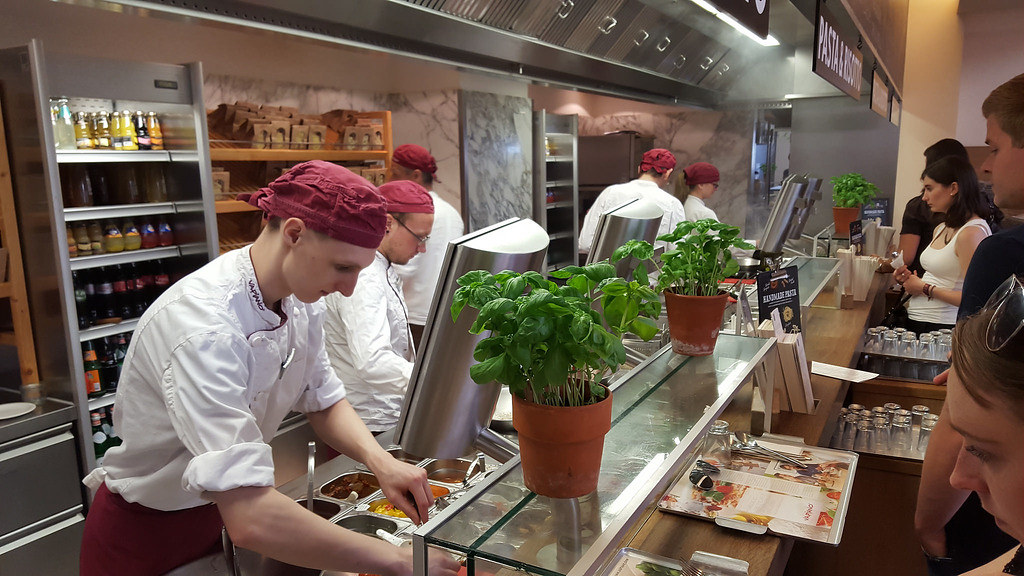 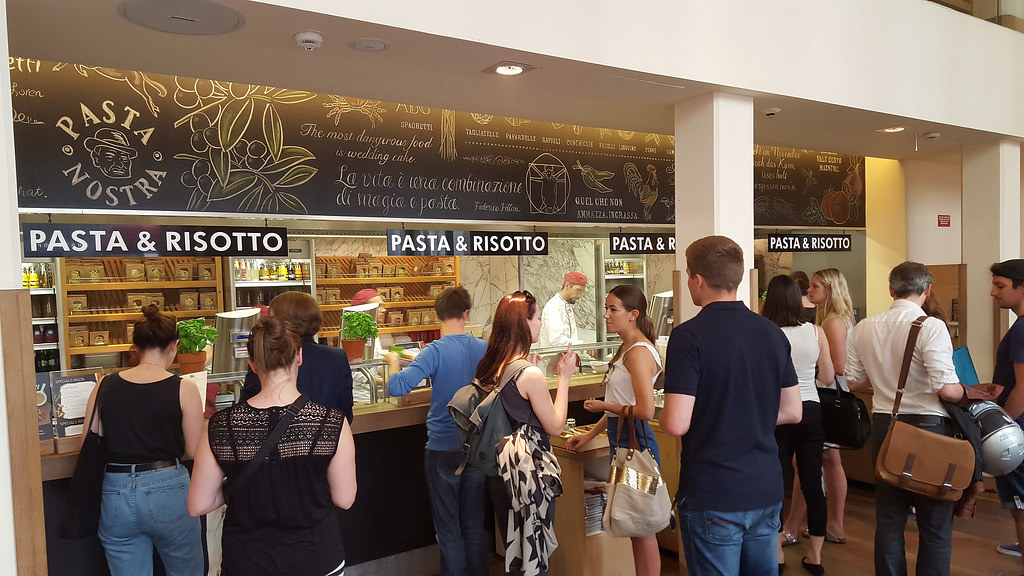 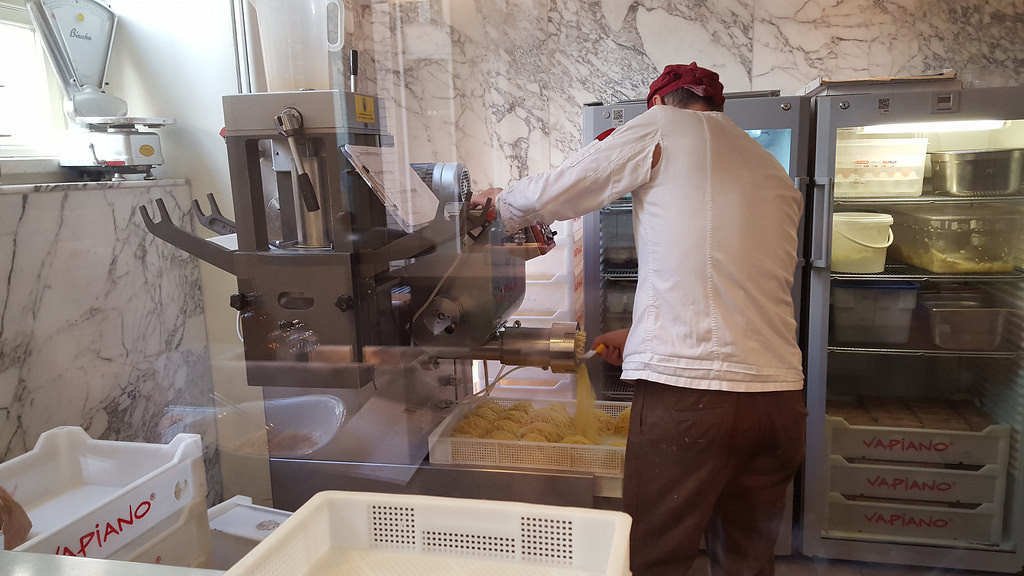