Traditional recipe for Danish Burning Love also known as Brændende Kærlighed. This dish is delicious and super easy to make. You only need few ingredients.
Jump to Recipe Print Recipe

This recipe for Braendende Kearlighed is an old and very traditional Danish recipe. Directly translated Braendende Kearlighed means Burning Love which actually does not say much about this dish, except that it is supposed to be served very hot. This dish is said to be more than a 100 years old and originally from the rural area, and often poor parts, of Denmark. This recipe is very simple and it only consists of a few and relatively natural ingredients which is properly the main reason why this dish was so popular back then. Today, this dish is still served in many Danish homes and it is especially great for a cold and dark winter evening.

Burning Love consists of mashed potatoes topped with an onion and bacon mixture - it is easy to prepare, very filling and at the same time cheap to make. 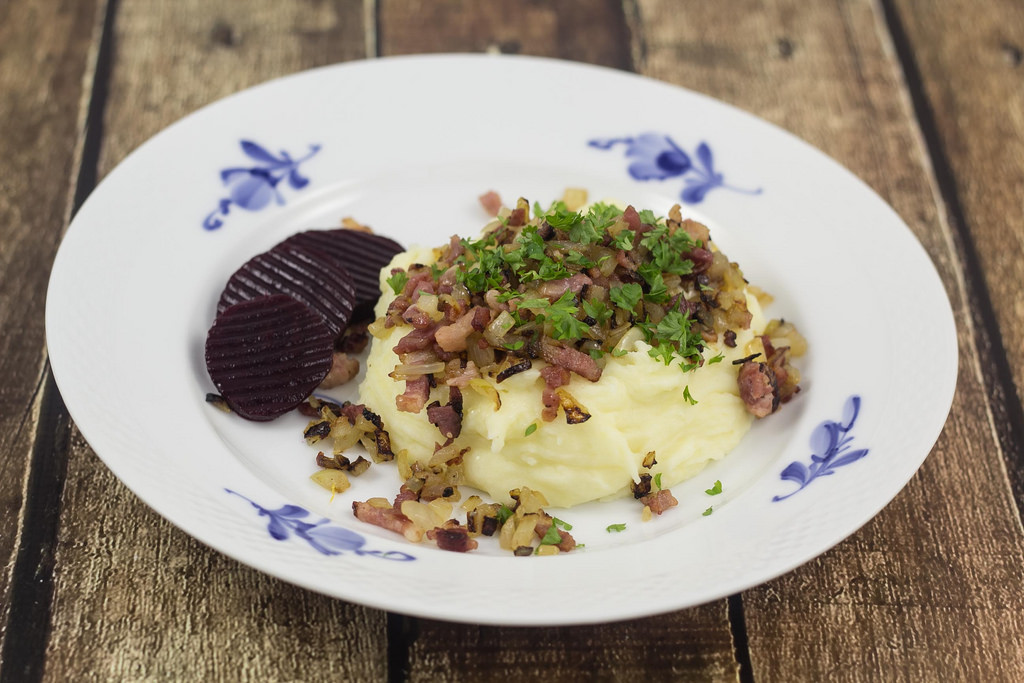